Rationing bog rolls, and other ways 2021 could be even worse

AS we start a new year, everyone is convinced 2021 cannot possibly be as bad as 2020. They’re right. It could be worse:

After experiencing a run on toilet rolls throughout the first two lockdowns, the government is forced to ration them to one per household per week. Two if you can prove – with a doctor’s note – that you defecate excessively.

Everything is cancelled – again

Last year saw every major event in the world postponed until this year. So the real shitter would be if they’re all cancelled again. This depressing cycle could go on until Sir Paul McCartney headlines Glastonbury on a zimmer frame and Germany win Euro 2020 in 2057 with a squad of pensioners.

After we finally get a handle on coronavirus, the Wuhan bats release Covid-20. It turns out they’ve been playing the long game. Covid-20 is much more infectious and gives you spots to add insult to injury.

After Brexit proves to be a disappointment, Leavers demand another daft nationalistic project, ‘Earthexit’. Worried by Nigel Farage, the government holds another referendum and we somehow vote to leave planet Earth by a landslide of 84 per cent. It’s not clear how any of this will work, but Leave voters are unconcerned about the details, as usual.

Trump gets back in

After Rudy Giuliani somehow proves most of the Democratic votes in Pennsylvania, Michigan and Georgia were cast by Joe Biden in a series of increasingly elaborate disguises, Trump is immediately reinstalled as president.

U2 put another album on our phones

Suddenly, just like in 2014, there’s another U2 album there on our phones. We didn’t ask for it, and there’s nothing we can do about it. The Covid-themed album is pretentious bollocks, but annoyingly catchy and you’ll hum some of it against your will. 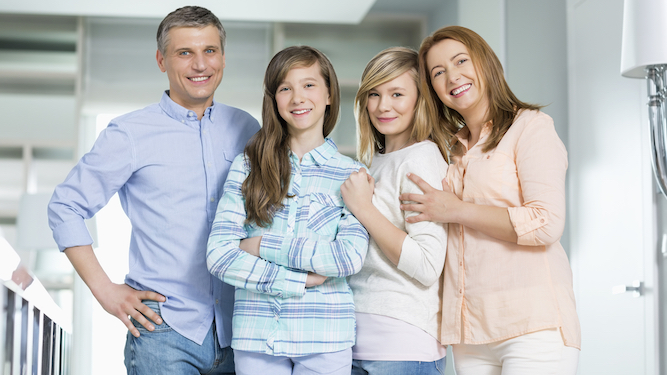 Happy 2021, everyone! We hope this letter finds your family well.

We spent last new year clearing out clutter and filling a skip with bits and pieces. All terribly boring but better than going through it all. *

The start of lockdown saw orders for Mrs L-C’s artisanal elderflower cordial drop off, leaving us an income stream down. But thanks to a chance meeting with Dominic Raab she got a new job procuring a billion pounds’ worth of unnecessary equipment for the NHS. Truly, when God closes a door He opens a window.

While restrictions kept us from the usual Corfu-Croatia-Corfu jolly, summer was saved by our local marquee hire. A funny little man from the village put the tent up and we spent some happy nights in the garden discussing The Vicar of Dibley, The Great British Bake Off and various infidelities. The neighbours were even known to poke their heads over the fence to watch. Well, we do often say we should be in the circus!

Like so many we got a lockdown dog, a pedigree King Charles Spaniel which makes seven King Charles Spaniels now. Bunty joins Roger, Charles, Henry, Maude, Clemmie and Lois, and has been enjoying walks around the village. Mr L-C is still in charge of droppings and is doing a wonderful job.

The planning permission row’s rumbled on all year, but thankfully due to a little intervention from Whitehall it finally ended in December. Early in February our elderly neighbour’s cottage will be demolished and we’ll have an uninterrupted view to the village pond. Expect invites!

Benjamin is still studying medicine at Exeter and hopes to graduate soon. Sarah remains a disappointment to us all.