Report condemned for not calling UK women 'jolliest in Europe'

A REPORT into obesity has been condemned as ‘incredibly rude’ after calling British women fat.

Campaigners said the report had ignored a range of internationally recognised terms including ‘cheeksome’ ‘oomph-tastic’ and ‘having enough personality to smother a buffalo’.

Nikki Hollis, Britain’s fourth jolliest woman, said: “This report was obviously written by some scrawny bitch who pukes donuts into her handbag.

“She’s probably too scared to have a baby in case it bursts out of her tiny stomach like something out of Alien.”

The department of health pledged that if women became less bubbly through diet and exercise it would consider giving them a free Morecambe and Wise DVD to help maintain their levels of cheerfulness.

Meanwhile the United Nations’ International Panel on Body Words has called for all sides to agree a ‘framework of description’ that was both upbeat and ‘an accurate representation of volume’.

A spokesman said: “We were thinking ‘chunky monkey’.”

Ferguson absolutely does not call for linesmen to be 'disappeared' 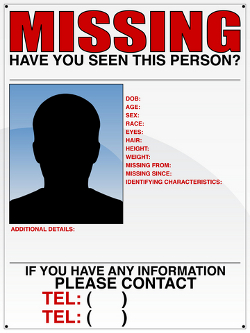 SIR Alex Ferguson has made it clear he in no way advocates having officials who displease him disappear without trace.

The Manchester United manager absolutely did not make the threat after Newcastle were awarded the first away team penalty at Old Trafford since goalkeeper Albert Thompson threw a lit pipe at Burnley’s Jack Threlfall in 1912.

The referee’s decision caused several stewards to faint, with Ferguson himself having to be revived using smelling salts made from Essence of Rooney.

He said: “It’s not up to me to say that any human presuming to accuse my players of cheating should have their fingernails pulled out in a Moss Side lock-up while I sit and watch from my chair made of the bones of FA officials.

“Others might argue that I should be allowed to personally select who officiates United games from my own private army of Gary Neville clones raised on a private island, but not I.”

Ferguson has a history of criticising referees, including an incident last year when he blamed Martin Atkinson for the late arrival of his copy of the Morning Star and suggested a conspiracy within the FA as he had ‘concrete proof’ Roberto Mancini’s Daily Telegraph was always waiting for him bang on 7.30am wrapped in a nice rubber band.

United assistant manager Mike Phelan has asked that reporters refrain from wearing black during press conferences, reminding them that Ferguson’s eyesight is not what it used to be and they may end up in a wooded area.

Phelan said: “Today it’s match officials, but last week’s draw with Benfica was somehow caused by The One Show.

“I’ve started to tune him out.”