ROYAL fans have been trying to contract Norovirus is a bid to emulate the Duchess of Cambridge’s upset stomach.

“I’ve been shaking hands with people who’ve had the winter vomiting bug and hopefully I will soon be spewing just like Kate.

“All my friends who aren’t barfing uncontrollably will be really jealous.”

Starbucks to do sponsored head-shave for HMRC 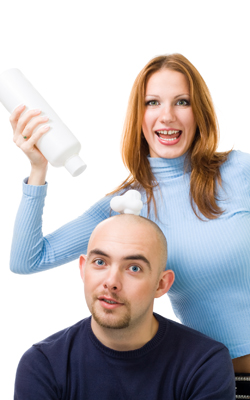 STARBUCKS staff are to shave their heads in aid of the British government.

Workers at the coffee chain are asking friends, family and customers to sponsor them as they go bald just before Christmas in a bid to raise an extra £1m for Her Majesty’s Revenue and Customs.

A spokesman said: “We are proud to make HMRC our official charity partner for 2013. They are the unsung heroes who make it possible for the British Government to help its own victims.

“They share our passion for ethically-sourced ingredients and making everything insanely complicated.

“We hope that all of our customers will join us by sponsoring our staff and doing their bit to keep HMRC going during these difficult times.”

Martin Bishop, a Starbucks regular from Peterborough, said: “I shall certainly be digging deep this Christmas and giving money to HMRC. Because if I don’t I’ll go to prison.”

Over the next 12 months the coffee chain will stage a series of charity stunts including X-Factor style singing contests when they should be making coffee, and 5km fun runs where staff will dress up as actual-size Trenta Macchiatos.