Santa told to stop being such a judgemental old bastard

A STRANGE old man who does one day of work a year shouldn’t have the right to judge other people as naughty or nice, it has been claimed.

The mysterious Mr Claus, who lives in a desolate outpost somewhere in the North Pole, has set himself up as the all-seeing umpire of human morality, even though no one ever asked him to.

Professor Henry Brubaker of the Institute for Studies said: “People who go on about unelected Brussels bureaucrats making decisions about their lives should be equally as upset about some weird bloke deciding whether they’ve behaved themselves.

“It’s not like he’s a particularly good role model, after all, given that he’s the most prolific housebreaker in the history of the world. Plus there are a lot of question marks around his treatment of reindeer because we still don’t know how Rudolf got that red nose.

“Our research has shown that 97 per cent of people would like Santa to be less of a critical old codger, because they want to cheat on their spouses and still be allowed to have presents.

“They also said they think it’s a bit rich coming from him, given that he isn’t shy about the fact that he co-habits with elf slaves and loves a drink.”

We've got your cat, May tells Barnier 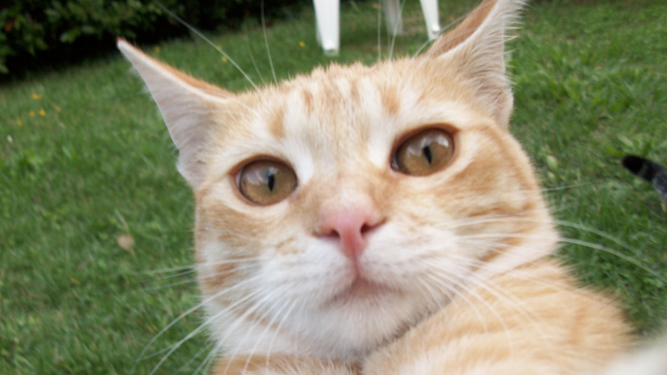 THERESA May has kidnapped Michel Barnier’s cat to use as a bargaining chip in Brexit negotiations.

After failing to influence the EU with her no-deal Brexit planning, the prime minister snatched the cat, Marcel, from near Barnier’s home by luring him with a tin of tuna.

May said: “This changes everything. The EU had better agree to our demands or Barnier will be getting Marcel back one paw at a time.

“Right now he’s locked in a room with Iain Duncan Smith. And as we know, Iain just loves torturing the innocent and defenceless, he’s even got a special mask with a zip for a mouth.

“So I suggest the EU gives us all the benefits of being a member even though we’re leaving. Also we’ll have £100 billion in untraceable Euros to cover all the money we’ve wasted on Brexit.

“Let this be a warning to other nations planning to cross swords with mighty Albion – do what we say or we’ll put your guinea pig in a toaster.”

However there are unconfirmed reports that Marcel has escaped after gnawing Duncan Smith’s left testicle and fleeing for the nearest ferry terminal.