'Sarf London' not representative of any accent

PEOPLE with t-shirts, tote bags or Twitter bios that say ‘Sarf London’ have failed to grasp how cockneys talk, it has been claimed.

Professor Henry Brubaker of the Institute for Studies said: “‘Saaf London’ is a more accurate written representation of a cockney saying ‘South London’.

“’Sarf London’, on the other hand, makes you sound like a World War II brigadier with a cleft palate.”

“The people who publicly identify themselves with the slogan ‘Sarf London’ have only moved to London recently from the Home Counties or a small northern satellite town. Their understanding of the local accent is based on half-remembered episodes of Only Fools and Horses.”

Brixton resident Nikki Hollis, 34, said: “When I moved here from Fleet, Hampshire, six months ago, I immediately bought a bag for life with ‘Sarf London’ stencilled across it, and changed my location on Facebook to ‘Dahn there in that Sarf London, innit’.

“The discovery that, rather than seamlessly blending in with the locals, I have instead been making a very public fool of myself is extremely difficult to cope with.”

“I hate to seem superficial when actually I have a deep understanding of house prices and brunch.” 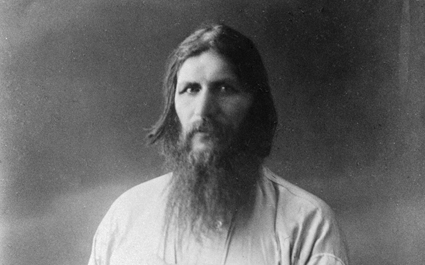 THE apparent sudden death of Grigori Rasputin has provoked a mass outpouring of emotion on social media.

An avalanche of tributes to ‘The Mad Monk’ appeared following rumours that he had passed away at the age of 146.

Twitter user Mac23 wrote: “So sad to hear of the loss of #Rasputin. My thoughts are with his friends and family.”

Fan Stephen Malley posted on Facebook: “Hope the rumours about Rasputin aren’t true. Will always remember him and his hit song that brought joy to millions. Will post video beneath.”

Rapper 50 Cent posted: “Bad news about Rasputin. Didn’t agree with his esoteric philosophy but he was a true man of God #RIP #SMSaudio”

However Twitter user Wayne Hayes said: “This is bullshit, like when they say Alex Turner from The Arctic Monkeys has died.

“Everyone knows Alex Turner was stabbed, poisoned and thrown into a river in Russia in 1916.”