HEALTH professionals should tell patients they are ‘nutjobs’ rather than ‘Daily Mail readers’, the public health minister has claimed.

Anne Milton said terms such as ‘nutjob’, ‘lunatic’, and ‘willfully ignorant fruitloop’ were more likely to motivate to people into not being mad and stupid.

She said too many staff working in the NHS were worried about using ‘nutjob’, but suggested it could help to encourage personal responsibility, adding: “Just look them in the eye and say ‘you’re a bloody lunatic, now get the hell out of my office before I call the police’.”

Societies have long been worried about problems of excess insanity, though it was not until 1954 when Oxford psychiatrist Stephen Malley linked the Daily Mail with diseases such as screeching mentalness and chronic unhingement.

But some GPs have insisted the words ‘nutjob’ or ‘maniac’ could stigmatise those who are completely off their heads.

Dr Tom Logan, from Stevenage, warned: “Reading the Daily Mail is something that happens to people rather than something they are.

“I would probably say something like ‘can we talk about which newspapers you’ read’ rather than just calling them a total schizoid.”

He added: “That said I do always have a syringe filled with horse tranquiliser concealed in my left hand.” 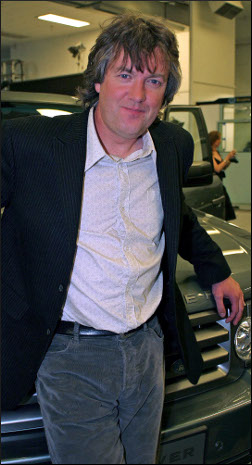 BRITISH Muslim women should trade their Burkas for the jeans, blazers and incongruous hair favoured by the hosts of Top Gear, it was claimed last night.

Experts say Muslim women could integrate into British society more effectively but without compromising core Islamic beliefs if they emulate the wardrobes of Jeremy Clarkson, Ian Hammond and the other one.

Professor Henry Brubaker, of the Institute for Studies, said: “The attire of the Top Gear presenter is the sartorial embodiment of the late 20th Century middle English values that most of us still cling to like a sinking lifeboat.

“But because it’s also a quite astonishingly unflattering look for a man, it means that when it’s applied to a woman it should satisfy the key Islamic requirement of making you not have dirty thoughts about her.”

There are three standard types of Top Gear garb: blazer and jeans; garish patterned self-consciously untucked shirt and jeans; or the traditional Hammond outfit of some sort of horrific leather-effect jacket borrowed from a creepy uncle, worn with beads and a shit-eating grin.

Prof Brubkaer added: “This policy would have the further bonus of inhibiting Jeremy Clarkson burka-related comments on the BBC which could be complained about by about as many people as you could fit into the boot of a Fiat Punto and thus give those fuckers at the Daily Mail a much easier day’s work than they deserve.

“There might be some resistance from traditionalist clerics who believe that Hammond is some sort of satanic homunculus formed from bodily fluids and saltpetre to do Clarkson’s bidding, if only because that’s what he is.

“But we’ll work around that.”