School gate mums so competitive about children's achievements, says only mum doing it

ALL THE mothers at the school gate are horrendously competitive about their children’s progress, according to a mother who can think of nothing else.

Eleanor Shaw of Bristol says that she can hardly bring up her son Henry’s Grade IV flute exams without another mum mentioning that she really must look into music lessons, and that it is sickening.

She continued: “It’s every morning. I say Henry’s doing tai chi, they say their kids are still into Pokémon. I say he’s reading Harry Potter all on his own, they brag that their kids are watching the films.

“These mums need to stop treating parenthood as a game and let their little ones enjoy childhood, like Henry does after his personal tutor goes and he gets two hours of free play.

“It’s got to the point where I’m afraid to mention how gifted he is because they’ll just snap back with some passive-aggressive line about theirs being ‘a bit behind’ at maths.”

She added: “It’s so lonely being so far ahead. Now I know how Einstein’s mum felt.” 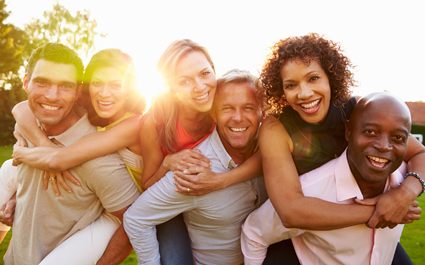 A WOMAN is struggling to work out which of the unfamiliar smiling faces on her Facebook page she is supposed to recognise.

Susan Traherne spent several minutes trying to identify the six grinning men and women at the top of her news feed, without success.

She said: “I like to scroll down far enough to hide the tags, and then try to remember how and when I might have met one of these people, using logic and deduction, like a 21st-century Poirot.

“That guy vaguely resembles my cousin, but it’s not him because his ears are the wrong shape. And I sort of recognise the woman next to him but it might just be because she looks a bit like Britney Spears.

“Did I go to college with that brunette woman? She looks like she might have been a goth, in which case she could be the person who bought my spare Sisters of Mercy ticket eight years ago.

“I definitely don’t know that guy on the left, he’s far too attractive.”

Traherne eventually clicked on the profile of the attractive man and spent several minutes looking through his old profile pictures before sending him a friend request.