A clash between costumed fans in Norwich has highlighted the growing phenomenon of SF hooliganism, with violent deaths now occurring at most conventions.

Millwall-supporter-turned-Whovian Stephen Malley said: “Science fiction is just like the football used to be – factional violence, DIY weapons and mostly blokes – plus the costumes disguise your identity.

“I’m Who til I die and if any fucking Trekkie thinks theirs is the leading genre series then we’ve got a problem.

“But it’s those Tron bastards I really hate. Those glow in-the-dark twats had a convention in Stoke, we got in through the fire exit and were waiting for them in the canteen, I broke my fist on some home-made body armour.”

He continued: “There was another do up North that was supposed to be combined Doctor Who, Star Wars and Babylon 5 – ‘bringing three worlds together’. Yeah bollocks, like that’s not going to kick off.

“Me and two cybermen got this wookiee pinned against the fag machine. I was going to shank him with my sonic screwdriver –  basically a stanley knife – when all these stormtroopers pile in.

“There was this zygon, he was in a bad way, bleeding from a head wound. I wrapped my Tom Baker scarf around it but he died in my arms.

“It would have been a massacre except a bunch of hobbits turned up and started twatting everyone with sticks. They’re alright, the Rings lot.

“We lost a lot of good men that day, although on the plus side I did get a signed photograph of K9 creator Bob Baker.”

Most men 'don't know what masculinity is' 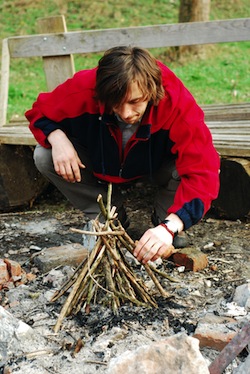 MOST British men have no idea what masculinity would actually involve, it has been confirmed.

As Diane Abbott, professor of nothing at the university of nowhere, declared that men were being far too masculine, most men said she had obviously never met them, or any of their friends.

Or anyone they went to university with.

Tom Logan, from Finsbury Park, said: “Should I be having more fights? Jesus Christ, that sounds hellish. And anyway, how would I actually do that?

“Do I get to wear a helmet? Is pinching acceptable? And, crucially, if I give in will the other chap stop hitting me?”

He added: “According to the Guardian, if men stop being men then Britain would save £42 billion. If I stop being me, then the Waitrose deli counter is going to lose about fifty quid a week.

“There will also be redundancies at Nivea.”

Stephen Malley, from Hatfield, said: “I quite like Manchester United. Is that masculine? It’s not, is it?”

But Martin Bishop, from Peterborough, said: “I suspect Diane Abbott is talking about men from housing estates. But they have always been very masculine. Or, to put it another way, terrifying.

“I should really give this issue some thought, but I’m trying to be more masculine.