SCOTLAND has been overwhelmed by boring, self-obsessed people with something to prove.

With the Commonwealth Games in Glasgow and the Edinburgh Festival now under way, the small country is full of horrible show-offs, displaying their talents without being asked.

Edinburgh resident Bill McKay said: I was in Glasgow for a meeting and I was trying to cross the road when all these men ran past me in shorts and vests, all looking terribly serious while at the same time rather pleased with themselves. And people were cheering them. I have no idea why.

Anyway, I get on the train and arrive back in Edinburgh to be confronted by this young woman doing a truly awful American accent. Turns out shes promoting a play that shes in, but shes doing it in character.

In front of me. In the street.

McKay added: I watched her for a few moments and realised that, like the marathon runners, she was taking herself very seriously. I also got the impression that she thought she was good at what she was doing.

Margaret Gerving, who has lived in Edinburgh for 40 years, said: I love the festival, but thats because Im a psychiatrist.

The city is full of people who quite clearly got either far too much or far too little attention from their parents. 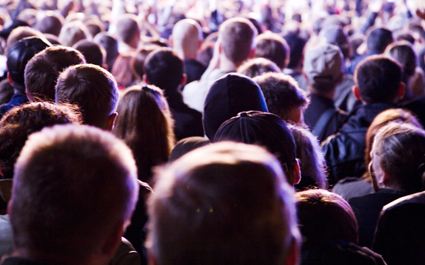 SCIENTISTS are to map the DNA of everyone in Britain in a bid to find out why so many of you are dreadful.

The multi-million pound project will attempt to discover a common genetic link between Britain’s worst people so we at least know there is a reason for it.

Professor Henry Brubaker, of the Institute for Studies, said: “You and all of your friends are appalling. The idea of being in the same pub as you makes me want to die. But the question is ‘why are you like that?’.

“For years scientists have debated whether it was nature or nurture that made you such a total arsehole.

“I always believed that people like you are born, not made. Surely there are not enough external stimuli in the world to make you so unbelievably ghastly?

“Therefore it must be woven into your genetic code. And now, at last, I have the money to go and find it.”

Professor Brubaker added: “The great thing, from your point of view, is that because it’s genetic there is nothing you can do about it and it’s not your fault.