Selfish nurses quitting to kick back and enjoy their massive wealth

NURSES are leaving the NHS in record numbers because they are already minted, it has emerged.

Despite claiming to receive increasingly shitty pay from the government for doing some of the hardest work imaginable, the average nurse’s starting salary is in fact £1,200,005 per year excluding overtime and a free sports car.

Midwife Linda Thompson has spent 20 years bringing thousands of lives into the world, but has decided to quit the profession to enjoy her riches.

She explained: “I live like a rapper when I’m off duty. It’s champagne and shit-hot toyboys all the way. If you don’t already have a Porsche 911, I would highly recommend it.

“My leaving is nothing to do with the wanton destruction of the NHS and betrayal of everything it was created for. It’s just time for me to chill.

“I’ll be on my private island if you need me.”

Mental health nurse Wayne Hayes, who has spent years helping the most vulnerable in society, is also planning to make the most of his fortune before deciding on his next move. 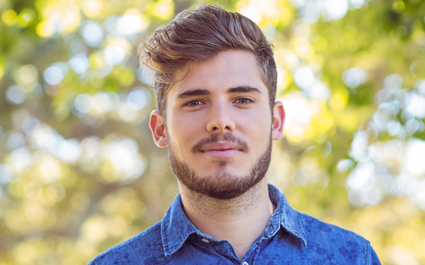 A MAN has been lecturing friends about various injustices as though he is the first person to have thought about them, it has emerged.

Graphic designer Martin Bishop, 26, frequently rants at friends and colleagues as if issues like racism and poverty are completely new concepts to them.

Friend Nikki Hollis said: “I’m glad Martin went on about the plight of refugees in the pub last night, because otherwise I’d have completely missed that massive humanitarian crisis.

“It’s not that I disagree with him, I just object to him implying he’s the only one who cares about global warming or sex trafficking and everyone else thinks it’s a jolly good idea.

“Today he put a story about famine victims on Facebook with the comment, ‘We have to do something, people!!!’. That definitely made me rethink my pro-starvation views.”

Bishop said: “It’s not easy having a social conscience. At lunch I was telling everyone about Indian people getting dysentery from bathing in raw effluent and it was as if they didn’t want to know.

“Fortunately I’m an incredibly decent and principled guy, so I’m not going to stop telling people that things like racism and homophobia are bad.”