AN 18-YEAR-OLD from Wigan who prefers reading books to fighting has discovered a wonderful land of soft Southerners who enjoy similarly effeminate pursuits.

Stephen Malley arrived at Bournemouth University yesterday expecting to be shunned for his habits of wearing coats on cold days and abstract thought, but instead found a community he could call his own.

He said: “I entered my hall’s kitchen expecting a light-hearted punch in the face and a demand to know what football team I supported, with more serious violence to follow whatever my answer.

“But instead I found my fellow students playing scrabble, discussing the novels of Jonathan Franzen and sipping rosé while enjoying music that – shockingly – was not Oasis.

“I sat down and was immediately offered hummus. Later we watched a film that was subtitled for all characters and not just the baddies.

“I can’t believe this pair of glasses hasn’t been stamped on for almost a week. This is where I was meant to be.” 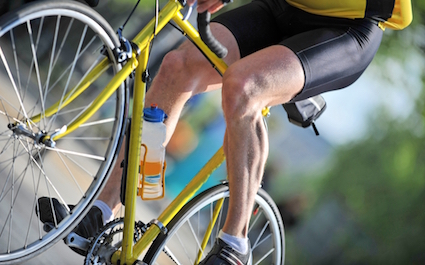 A CYCLIST has achieved a new personal best by commuting to work in a skintight lycra bodysuit that shows the exact outline of his groin.

Acquisitions manager Julian Cook triumphantly strutted around his office in the £150 suit, designed for elite athletic performance, after beating his own record.

He said: “Knocking a full 300 milliseconds off my performance gives me that bit longer to get settled and working, as I was explaining to Marie while she stared fixedly at her screen.

“Judging by the wide-eyed expressions around the department everyone was equally impressed, especially during my warm-down stretches.”

“They shouldn’t just sell lycra to everyone. You should need a prescription.”