Seven reasons why the 2010s can f*ck right off

THERE are many, many reason why the last decade can go piss up a rope, but here’s seven for starters…

Staring at your smartphone
The 2010s were absolutely the decade for staring blankly at a screen full of fun things like job-losing tweets, dead celebrities and Brexit. Young or old, woman or man, everybody was crazy for sitting on opposite ends of the sofa not speaking, unable to disconnect.

Everybody dying in 2016
The year of Trump and Brexit was also a magical parade of celebrity deaths. No matter whether you loved Prince, Bowie, Muhammed Ali or Victoria Wood, your phone buzzed with delightful news. Even on Christmas f**king Day. We’ll never forget you, 2016.

Losing your job for a tweet
Ten years ago, social media was boring old baby photos. Now it’s a thrilling ride of forgetting you posted a sh*t joke in 2011 and being hounded by incensed online mobs looking for your employer’s contact details.

Brexit
Brexit was also a three-and-a-half year blast on an airhorn, drowning everything else out and making it impossible to concentrate without screaming. Also, ‘Brexit’ is one of those pathetic hybrid words that the last decade has vomited into the public consciousness.

Nation-states buying football clubs
Russian oligarchs are so over. Now you need to have a football club owned by an oil-rich nation competing against yours, which is owned by a bloke whose Midlands light engineering firm did reasonably well.

Banging on about some bullsh*t on TV
In 1979, 43 per cent of the population watched To The Manor Born. Nowadays, only tiny percentages of us watch Breaking Bad or The Crown so we all connect culturally by talking about our favourite shows constantly to people who aren’t interested.

Millennials
Whether they’re attending Glastonbury, going to Bali or driving around in yellow Fiat 500s, millennials never forget to remind the world they can’t buy houses and it’s the world’s fault. But you’re not allowed to mock them because they say it’s wrong. 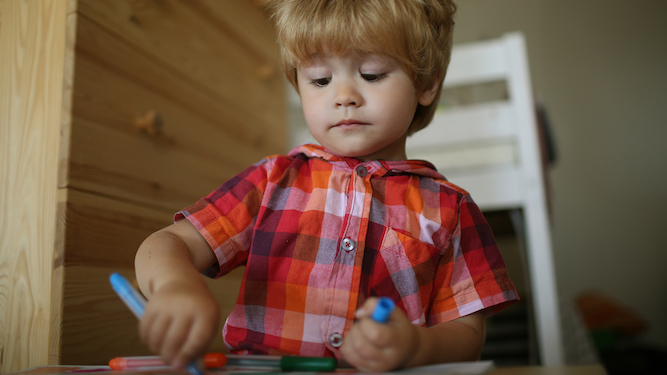 A CHILD has begun the urgent creation and colouring-in of a picture just moments before he needs to leave the house.

Tom Logan, aged five, saw his parents going back and forth loading the car and checking traffic for their drive to their relatives in Preston, and decided it was the perfect moment to begin work on a masterpiece he estimates will take all day.

He said: “It’s a birthday card for Tabitha. Tabitha is my best friend.”

Mum Emma Bradford said, “Tom has never once mentioned Tabitha before. Now we’re going to be late and Uncle Brian will do that thing where he taps his watch and I’ll hate him before we’re even out of the car.

“I’ve also noticed Tom never demonstrates this wild creative spirit when he’s got ample free time, which he spends moaning about having nothing to do. It’s always when the bath’s run or when we need to leave the house. Colouring in is basically filibustering for five year olds.

“I’ve told him he has one minute – ONE MINUTE! – to finish it before we get in the car, while I wrestle with the baby’s car seat.”

Emma is expected to return from the car to find Tom has written something illegible on the back of the card, sellotaped a pebble and a sweet wrapper inside ‘as a present’, and stuck an entire book of first class stamps to the envelope.