PRIMARY schoolchildren are to be educated in ending relationships by text, email, and Skype.

The lessons would teach seven-year-olds how and when to employ phrases like Im just not at that place in my life right now.

Minister for Schools David Laws said: Seeing children in the playground shouting I dont like you anymore, and shoving each other to the ground made me realise how behind we are.

By 2018, every nine-year-old will be able to compose a beautiful, handwritten letter ostensibly absolving the dumpee of all blame while leaving them with haunting doubts about every aspect of their appearance and character.

The curriculum will teach nine-year-olds how to act out unresolved resentment on a series of blameless partners, 12-year-olds how to maintain a burner mobile for hook-ups, and 18-year-olds to identify when a fuckbuddy is drifting toward commitment.

Prime minister David Cameron is apparently planning to take the classes himself in preparation for the difficult conversation he expects to have with Nick Clegg next May.

All new houses to be made of televisions 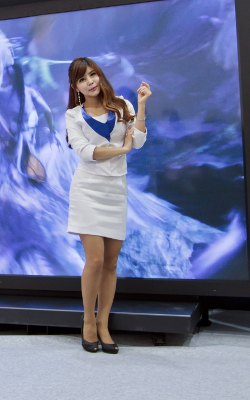 BUILDERS have completed the first UK home made entirely from television sets.

And on the patio there is more telly

The three-bedroom Swindon dwelling is constructed from flat screens of varying size slotted together, creating a light-but-strong structure that allows unrivalled telly visibility.

Building contractor Stephen Malley said:Increasingly people want televisions instead of windows, televisions instead of internal walls and dont bother with lights because the tellys never off. However this is the first build weve done where we just welded a load of telly sets together into a rough house shape.

I think the result works very well except it does get quite warm and the familys dog chewed off its paw after being unable to escape The One Show.

Telly house owner Nikki Hollis said: In the original plans the house was made of bricks and the furniture was obscuring our view of the telly.

The only thing in life thats really worthwhile is telly, so why not live in it?

“Having Eastenders on the floor is really great for when youve got a tired neck and dont want to look straight ahead.

The only thing in the house thats not a television screen is the roof, because we dont really go on the roof. But we might get it done away, in case people in planes want to see a few seconds of Salvage Hunters.