PRIMARY school children as young as five are to study the works of Shakespeare as part of a government initiative to teach them hundreds of 17th century slang words for penis.

Ed Balls, the schools secretary, wants every child to learn at least 50 obscure terms for the male reproductive organ or the vagina by the age of seven.

He is concerned that British children are relying far too much on 'willy' and 'front bottom' when they could be using Shakespearean terms like 'carrot', 'bodkin' and 'buggle boe'.

A recent academic study of Shakespeare’s work by the Institute for Studies found that 98% of the words used in his plays are euphemisms for either the penis or the vagina.

Dr Cathy Smith, head of English at the Institute, said: "The great genius of Shakespeare is his ability to confront every aspect of the human experience and slip in a knob joke.

"The poetry is superb, the themes timeless and universal, but basically it’s all just fanny, tits and arse." 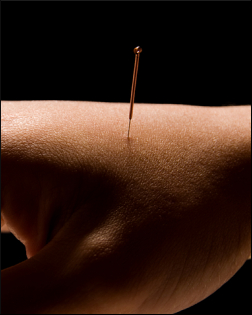 ACUPUNCTURE is extremely effective at making tiny holes all over the body, the biggest ever study of the ancient Chinese remedy has revealed.

Researchers commissioned by the Acupuncture Society tested the needle-based complementary therapy on 2,000 patients, all of whom reported small holes in their skin after treatment.

The Institute for Studies then gave a control group of 2,000 different patients no acupuncture at all, after which they were examined and found to be entirely hole free.

Report author Henry Brubaker said: "If even one patient given the needle treatment had come back without a hole I might have had my doubts, but this shows that acupuncture works.

"As you can see, when the needle is pushed into the patient’s skin it breaks through the outer layer and so creates a tiny hole. But even after you remove it, the hole remains. Still think it's all in the mind?"

Julian Cook, president of the Acupuncture Society, welcomed the report as a major piece of scientific research and excellent value for money.

He said: "A report came out last week that said acupuncture is no help whatsoever if you are trying to get up the duff. Call that science? What about China?

"Those guys are pumping them out so fast they have laws against it. Ever tried counting them? All you need to do is show a Chinese woman a needle and she’s pregnant. You don’t even need sperm."