Short men to spend day thinking about being short

SHORT men have confirmed plans to spend the day contemplating their small stature.

Men of lesser height confirmed that shortness-related concerns would be popping into their minds at some point today, like they always do.

Short man Wayne Hayes said: “I’m supposed to be preparing a presentation for work today but instead I’ve just made a list of all the cool short men in the world.

“I’ve just googled Kurt Russell and apparently he is quite short. Not as short as me though.”

He added: “My feet are so very small.”

“Then I have to go and do something to over-compensate, like buying a jeep or running around a ’tough mudder’ assault course.

“I hope that one day science will find a cure for shortness. But they’ll probably just invent even taller tall people at the same time, creating a whole new set of problems.” 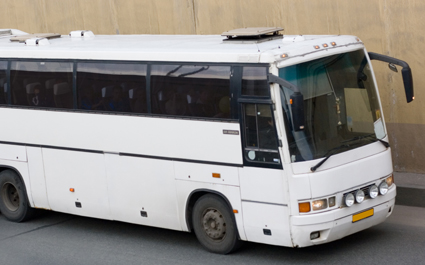 A COACH packed with British children has arrived in Calais, where they are being right little bastards.

The 50-strong school group from a comprehensive in Wiltshire has already antagonised the coach driver by putting gum under seats, smoking cherry-flavoured vapes and arguing for hours about nothing.

Although their trip is ostensibly educational and a chance for them to practise French ‘vocab’, there is little evidence of any learning and locals fear the excursion is part of a British plan to dump them.

14-year-old school pupil Tom Logan said: “I want a crossbow or one of those massive catapults that comes with an arm rest.

“Still it will annoy adults and that is my main motivation.”

Fellow student Mary Fisher said: “I hope we can go to a local fun fair and get in a road rage-style altercation on the dodgems, then start a small fire in the youth hostel.”

Local Christophe Lambert said: “I feel pity for them as they’ve come from an awful country, but they have the attitude of hardened criminals and some look older than the teachers.”