Should you report yourself for 'vilifying' Britain?

RISHI Sunak has promised to clamp down on those who ‘vilify’ the fascist regime, sorry, ‘Britain’. So are you a treacherous vilifier or just a bit of a moaner? Read our checklist and be sure where you stand.

Clear vilification. You will be taken to a re-education camp where you will not be allowed to sleep for six days and made to watch every episode of this hilarious wartime sitcom. And you will laugh. By God, Sunak’s special team of South American torturers will make you laugh.

Are you vilifying the economy under our beloved Conservative government? There are more prawns than ever in your ready meal. You are clearly mentally defective and should spend 25 years in a psychiatric hospital being injected with mind-bending drugs.

I wore a humorous anti-Brexit t-shirt to the pub

We know. It said ‘I think therefore I am… not a Brexiter’. The secret police have photos. Think you’re funny, do you, Lord Haw-Haw? Let’s see if you’re laughing when we distribute fake photos of you having sex with a Vauxhall Astra. You’ll be branded a pervert, your partner will leave you, and you’ll forever be known as ‘Steve Who Shagged An Astra’. (Patriotic Brits aren’t very imaginative.)

I think Rishi Sunak is a bit of a slimy git

Rishi embodies all that is noble and British, betting against the pound in his hedge fund days, keeping his US Green Card, and now flushing out traitors. Not because he arrogantly thinks working class scum will vote for anything patriotic, but because he loves his country. Rishi should kick you to death himself, but he wouldn’t scuff up his £490 Prada shoes.

This is ‘passive vilification’. But equally bad. Turn yourself in to the police and sign a full confession. A court will then issue the death sentence. The same punishment applies to not listening to ‘Three Lions’ at least six times a day while weeping with national pride.

There are no delays or waiting lists in the Tory NHS. This sort of sedition spits in the face of our kindly and well-paid nurses. You will be taken to a lock-up garage and beaten with baseball bats. You may need hospital treatment afterwards which will require a wait of several months. Correction: that should read ‘which will be instantaneous’.

Good God, now you’re vilifying every decent Briton who loves their flag, hates the EU and votes Tory. Hand yourself in and get ready for the gulag, although you may find this ‘vilifying’ nonsense is instantly dropped when Sunak loses to Truss and moves to the US to join an investment bank like the sulky little shit we always suspected he was.

Five things you can't get through with a drink 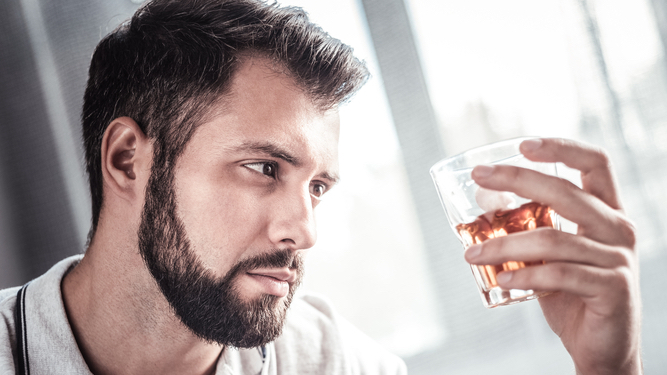 ALCOHOL makes most of life’s problems easier, but it’s not a miracle cure. Here are five challenging situations it will not help you navigate effortlessly.

Driving tests require a clear head and quick reflexes, so downing a couple of bottles of Shiraz beforehand to steady your nerves is a bad idea. Forget racking up a collection of minor errors, you’ll commit several major faults just by opening the door and struggling to put on your seatbelt. You’ll fail before checking you’re in neutral.

Hair of the dog takes the edge off low to medium-tier hangovers, but it’s useless when treating more severe ones. When you’re hunched over the toilet and practically turning yourself inside out with drunken vomiting, the last thing you’ll want is to drink a six pack of warm Grolsch. That won’t stop you from trying one though, just to be sure.

Okay, not a typical life situation, but you’re probably only a handful of poor decisions away from joining the circus. You can’t even walk a tightrope sober, so doing it 30 feet in the air while pissed is a no no. Actually applies to many other situations that involve balancing, including riding a bike if you’re shit at it and, ironically, a breathalyser test.

Drinking on the clock is frowned upon but doable on most occasions. However when you’re expected to deliver updates on your poor sales figures during Q3 then your inebriated state will trip you up. It’s best to ride out your professional hiding while completely sober, then scurry off home to drunkenly lick your wounds and update your CV.

A surprise gathering of friends and family to confront your drinking problem is not a fun event. A beer or some shots would definitely make it more of a party atmos, but somehow it feels inappropriate. Looks like you’ll have to take your medicine, while remembering these people are only remotely tolerable when you’re pissed. That’s why you only see them at Christmas.