PEOPLE who sit in a ticketed seat on a busy train are rebellious heroes like Han Solo, it has been confirmed.

Martin Bishop boarded a 6pm train from Paddington to Oxford without a seat reservation and boldly sat down in the first chair he came to, prompting the deep admiration and envy of his fellow passengers.

Commuter Stephen Malley said: “He just strode in and sat down like Han Solo walking into the cockpit of the Millennium Falcon. He didn’t even bother to check the ticket to see if someone might be boarding later.

“It was the most impressively rebellious act I’ve ever seen. He sat there as cool as a cucumber whilst the rest of us were too shit scared to do the same and instead were crammed into the aisle like sheep.

“After a while this woman turned up and did that weird, passive aggressive thing where they say, ‘I’m terribly sorry, but I think that’s my seat’, whilst looking at you like they want to rip your throat out with their teeth.

“He just said, ‘Oh, sorry’ and stood up. Okay, it’s not quite Han shooting Greedo in the cantina, but it’s still very cool.” 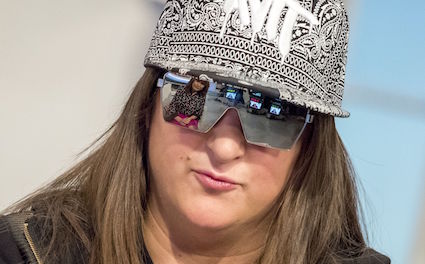 THE rise of Honey G has proved yet again that X Factor is a great show with lots of fresh and innovative ideas, viewers have agreed.

Honey G, who probably would have been working with Bowie, Prince or Leonard Cohen had they not died, has proved that the show is as ever, well ahead of its time and definitely giving the British public something new.

The shows producer Emma Bradford said: “Honey G is just the tip of the iceberg. We’ve got lots of great ideas like… like… cup… cup and saucer.

“And plate. And tablecloth and teaspoon, they’re going to be really big.”

Asked whether she was just looking at what was on the table in front of her, Bradford grabbed her phone and said, ‘What? Mr Cowell is in grave danger? I’ll be there right away’, before running off and locking herself in a store room.

A spokesperson for the show added: “The store room is where we come up with most of our new ideas.”