SPEAKING up is always a bad idea. These six occasions taught you not to run your mouth the hard way.

Answering that question at school

You were sure you knew the right answer. You even laughed at other classmates who got it wrong. Then you spectacularly crashed and burned in front of everyone by f**king up yourself. Your self-esteem never bounced back and you’ve been a social pariah since. And all because you opened your mouth.

When you asked your boyfriend to move in

You were planning to break up with him, then you found one grey hair and decided to settle. You knew you were making a terrible mistake as the words left your mouth, but by the next day he’d moved in his big telly so it was too late to go back. Now you’re stuck with him until one of you dies. Just use your mouth for breathing in the future.

Volunteering in that office meeting

Of course a deathly silence fell across the meeting room when your boss asked someone to work overtime for no extra pay. That’s until you put yourself forward by saying stupid shit like ‘step up to the plate’ and ‘110 per cent’. Meanwhile your colleagues let out a sigh of relief because they got to go home on time and enjoy their one and only existence on this planet.

Meeting your friend’s baby for the first time

Asking about the baby’s sex was a dumb move in this gender-neutral age. Luckily, new parents are like vegans, skiing enthusiasts and born again Christians: you only have to keep your trap shut for 30 seconds and they’ll happily tell you all the information you need. Plus a shitload you don’t care about.

Insisting on paying the restaurant bill

You wanted to make a good impression on a woman as your first date came to a close. Unfortunately she found a man who stubbornly refused to go Dutch not very gentlemanly. In fact it came across as pretty possessive and misogynistic, which might be why she’s not replying to your texts asking about a second date. Take the hint.

Asking your partner how her day was

It was only a glib nicety, and you didn’t expect her response to last the entire evening. But now you know Donna is a backstabbing cow who takes credit for everything, Simon her boss is f**king bone idle, and the new office junior Nathan is a lecherous creep. A simple ‘not bad, you?’ was all you were after. 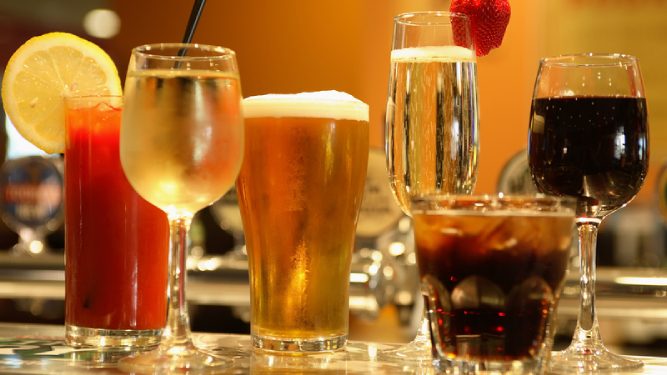 YOU’RE drinking tonight, but have you planned your alcohol consumption to create a hangover that will take you out for 24 hours? Follow this guide:

Begin with white or red wine with a meal at home, for an edge of sophistication when you’ll be honking into the toilet at 5am. Take another, then follow with an effervescent Prosecco as a base layer to make your stomach burn.

Never mix grape and grain, some say, omitting to append ‘unless you do it immediately’. So hit the pub and sink a few lagers, bitters, Guinness or even a white Belgian beer to bring your bloodstream alive with alcohol and to get you raw-throated on fags.

It’s time to start pre-mixing your intake. Go to a bar and order any cocktail that combines a number of spirits, creating a hammer-blow of intoxication which will be mirrored in your head tomorrow. Fruity concoctions will give your vomit a colourful and permanently-staining touch.

You’ve moved away from the bloating pints now. You just need a few hits of alcohol to keep attacking the brain and get it good and sore. When your friend arrives with a tray of sickly shots he was trying to get girls to do with him but they wouldn’t, steal them and neck the lot. Shame to waste them.

You’ve ended up in the only pub open at 1am and are too leathered to do anything except wash the sickly shot taste from your mouth with lager. Or possibly cider, at this stage you’re unsure. This will set your guts to a fine, lurching whirl.

Wine, gin, rum or WKD, finish whatever’s left. It’s poison at this point. Stagger to bed, leaving half a glass of it behind, and regain consciousness at 4.35am for 24 hours of a crushing headache, throwing up, the shits, sweating and dread. You did it!