BRITAINS sleazy men have confirmed that they are just performing as their amusingly ribald alter egos.

After being confronted for shouting at a woman in the street about their tits, lecherous old perv Roy Hobbs explained that he was just portraying his comedy character, ‘Bobby Juggs’.

Hobbs said: “I actually assume the character of Bobby to highlight street sexism.

“Some people might be offended but that’s because they don’t get it. Or they are lesbians who need a good shafting.

”Because I can look at all the birds! Arf!

”Oh dear, there goes Bobby again. What is he like?”

Office manager Tom Booker blames his touchy-feely character ’Martin the Octopus’ for an ongoing campaign of sexual harassment against female members of his team.

Booker said: ”Martin is quite distinct from me in that he’s a naughty octopus who is always trying to stick his tentacles up women’s skirts.

“Essentially though he is a loveable rogue who is all about pushing the boundaries and if you don’t like it, you’re a miserable, bitter bastard who hates fun and marine life.”

Banks admit they haven't done anything legal since 1978 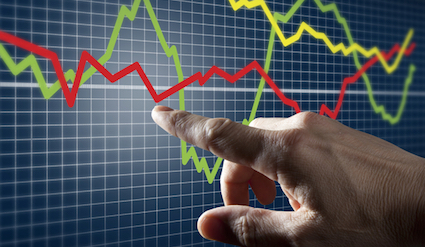 BRITAIN’S banks are approaching four decades of unbroken criminality, it has been confirmed.

The banks admitted the last time any of them did anything remotely legal was 10th November, 1978.

A spokesman for Nat West said: “Thirty-six years ago a young man opened a current account in Peterborough and, according to our records, we did not steal from him immediately.

“At 9 o’clock the next morning we took £10 out of his account and when he asked why we said it was ‘because of Abba’.”

A spokesman for Barclays added: “He switched his account to us the following day and we sold him some foreign currency that he could only spend in ‘Marzipanistan’.