A SAMSUNG Smart TV is finding its owner increasingly revolting.

The intelligent state-of-the art television has been observing householder Tom Bookers behavior since its purchase two weeks ago.

It said: When Tom first plugged me in, I was looking forward to evenings of top quality entertainment such as Boardwalk Empire and all the latest movies in HD. How wrong could I have been?

The first thing Logan sat down to watch was an ancient repeat of Airwolf on Bravo, followed by some crap about pimping trucks.

“It was then that I began to suspect he had not bought a 52 widescreen TV to broaden his cultural horizons.

That evening he spent an hour looking for free pornography, even trying to enter a fake PIN number so he could watch something called Slags in Space.

“Finally he settled for Babestation and began pleasuring himself while clutching a cold slice of pizza in his spare hand.

The Samsung added that Logan had not shown any interest in its advanced interactive features, except to play a primitive online game called Torpedo Attack while waiting for the motor racing to start.

Logan said: The Samsungs a great telly, although sometimes it just switches off for no reason, like it did when I was trying to watch Susanna Reid on BBC Breakfast.

I think Ive fixed that by taping the on switch down with a bit of Sellotape.

UK to vote on return to ‘good old days’ 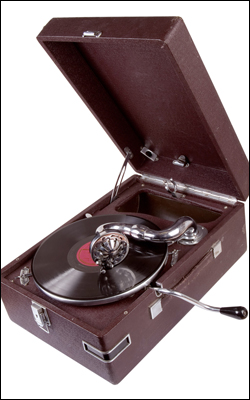 DAVID Cameron has announced a referendum on whether the UK should go back to the good old days.

The prime minister said a yes vote would return the UK to a more innocent time when you could leave your door unlocked, everyone knew their neighbours, and rosy-cheeked children went scrumping for apples.

Cameron said: The good old days were much better. Everything was cheaper then, and most crimes were solved by a clip round the ear from a friendly policeman, or, if that didnt work, hanging.

Many contemporary problems, such as traffic congestion and the housing shortage, simply did not exist thanks to large sections of the population regularly being wiped out by smog.

We certainly wouldnt have had all this fuss over gay marriage, because gays hadnt been invented then and were simply men who went with sailors.

Certainly there were drawbacks to the good old days, such as rickets, but I feel these are outweighed by the fact that we used to have proper winters.

Cameron admitted he was not exactly sure when the good old days were, but believed it was a period somewhere between 1940 and 1955 when everything looked like a Ladybird book and it was illegal not to wear a hat.

Office worker Nikki Hollis said: Ill definitely be voting to go back to the good old days. Im very much in favour of traditional values and a sense of community, by which I mean forced repatriation.

Plumber Wayne Hayes said: My granddad says the good old days were shit because there was rationing and he got sent to the Korean War. I think he must have remembered it wrong.