SOCIAL networks will be confined to discussions about decency, values and the glowing satisfaction of a hard day’s work.

He told the House of Commons: “Even today, as London sweeps up its tragic windows, these morally bankrupt networks are filled with crime-worship, verbal defecation and the wanton promotion of non-English sex.

“Just before I came to the House I was shown a message, sent by a feral 36 year-old PR executive, in which he advises his ‘followers’ to try something called a ‘reverse Dutch steamboat’.

“I have not the faintest idea what a reverse Dutch steamboat could possibly entail and neither does my wife. And she has a tattoo.

“Wander, decently, into any of these electric hellholes and one is immediately confronted with words like ‘pizzle’, ‘thongs’ and ‘cockjuice’. Let me be clear – if you say ‘cockjuice’ on Twitter we will hunt you down.”

The prime minister said social networks could be a force for good as long as people focused on positive messages about how much they enjoyed paying VAT and how rewarding it would be to train as a scout master.

Meanwhile, due to its greasy drug connotations, the term ‘hashtag’ will be replaced by ‘decencytag’.

So, we're all on board with this Wembley idea then? 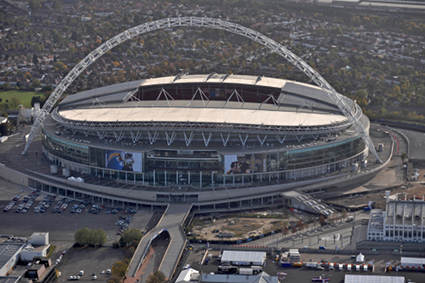 Sports-based internment to start at 4pm as Britain says it’s not as if they wouldn’t be given crisps and stuff.