THE term ‘socialising’ actually means drinking heavily, it has emerged.

After research found that Britons were running up debts due to ‘socialising’, further analysis showed this to be a euphemism for ‘drinking heavily with other people nearby’.

Professor Henry Brubaker, of the Institute for Studies, said: “Referring to one’s social life wrongly suggests social activities, when really it’s about your own private world of alcoholic oblivion.

“For British people, the purpose of going out is not to chat with friends over lunch, attend a barbeque or meet new people at a salsa class, but to ingest ethyl alcohol while not technically being alone.

“Usually no interaction is required beyond the occasional ‘Alright’ or ‘Whose round is it?’

“Obviously it’s possible to get drunk at a dinner party, but in pubs you can just eat crisps and peanuts in silence and not waste valuable drinking time pretending to be interested in the lasagne.”

Brubaker added that Britons were flexible in their definition of socialising, which also included drinking a bottle of vodka on your own while talking to Fiona Bruce on the news. 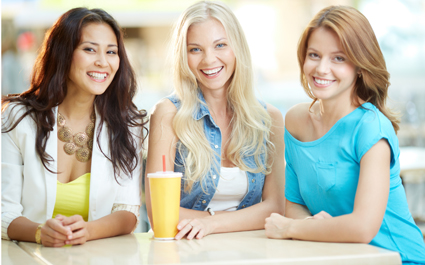 WELL-GROOMED young women who do not take drugs are pretending to be excited about attending Glastonbury Festival.

The conventional, upbeat women are focusing on the practicalities of the weekend, like whether to bring an inflatable pillow, to avoid considering the hellish reality of survival in a massive ditch full of caners.

Sixth-former Nikki Hollis said: “Apart from living like an animal and hating all the acts, this is going to be the best weekend of my life.

“Obviously everyone else will be talking disjointed drug shit while I sit and watch, but I don’t mind. I’ll just think about my nice clean duvet and food that hasn’t been made by dirty hippies in a van.”

Meanwhile, student Joanna Kramer said: “My friend Charlotte said she wouldn’t mind not washing her hair for a few days, which was clearly a lie because she owns a bottle of conditioner that cost £95.

“It’s a conspiracy of silence.”