Some bollocks about bin collections

SOME bollocks about bin collections, it has been confirmed.

Something is happening with bin collections in your local area over Christmas and the New Year that you will not remember and do not care about.

Bin men are coming or not coming on some dates that may or may not be different to the regular days that you can never remember anyway.

There is some additional bollocks about council cuts and a decreased frequency of bin man type services.

Local resident Mary Fisher said: “Some bollocks about rats and things piling up.

“Some other bollocks about paying or not paying my council tax.” 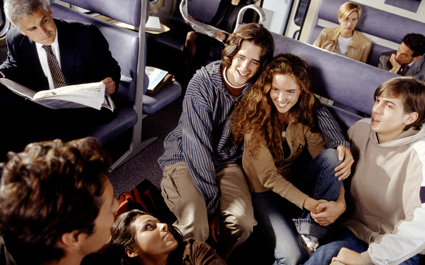 A GROUP of teenagers has managed to turn a 25-minute rail journey into a tiresome drama starring themselves, it has emerged.

Other passengers were able to watch Nikki Hollis and her friends shrieking, running around and getting hysterical over nothing during the entirely uneventful journey.

Hollis, 15, said: “We’d just got on when I received a text from Lucy saying she’s not into Simon anymore, so obviously I had to scream really loudly to register my surprise.

“Then Kate started getting one of her panic attacks due to being in an enclosed space and we all had to keep shouting at her to keep calm and breathe deeply.

“Luckily it passed but Jason thought we might be on the wrong train and had to sprint down the carriage to look at the map and shout, ‘Fuck! Where the FUCK are we?’

“All the stress was too much for Gavin and he got really depressed. He’s been in a really dark place since his goldfish died.

“Somehow we made it to Nuneaton, but then Lucy phoned to say she thinks she’s lost her geography coursework. Why does all this crazy shit keep happening to us?”

Commuter Stephen Malley said: “I doubt I’ll be able to sleep tonight for worrying about Stacey thinking Gemma was really nice but it turning out she’s fake.”