Someone sitting in your reserved train seat, and other excellent reasons to start a fight

STARTING a punch-up is usually a bad idea caused by drink and an unresolved relationship with your father. But these slights cannot be ignored:

Crisps at the cinema

Some f**kers can’t get through a two-hour film without stuffing their pig faces. That’s regrettably accepted. But crisps? Onion-stinking crunchy crisps? That’s a human rights violation and it’s entirely reasonable for you to reach over the seats and twat them in.

Sitting in your reserved seat

Trains are shit enough already. But when some wanker is ensconced in your reserved seat and refuses to move? You will not be forced to waddle back down the aisle like a luggage-draped duck, so they better piss off or you’ll wedge them in the luggage rack like a Tetris piece.

You’ve had your house number etched on your wheelie bin to eliminate any doubt that this is your refuse receptacle. Nobody else should even touch it, but that arsehole at number 44 has dragged it onto their drive leaving you with their identical but inferior one. Which means war.

To Britain, queueing is more sacred than the monarch’s nipples. There’s no excuse for not taking your allotted place in line. If anyone tries, even if it’s your 98-year-old grandmother, brain them with the fold-out stool you brought to be part of an orderly, peaceful queue.

It doesn’t matter if you needed to get your car out or not. Blocking your drive is unforgiveable. Even the Pope would drop the holier-than-thou act and raise his fists at this provocation, and you best believe he’d kick serious arse.

You’re trying to remember your PIN at the cashpoint when some impatient bastard audibly tuts behind you. They might as well have spat right into your face. You’ll take as much time as you bloody need, once you’ve finished your own non-verbal act of violence.

All transport links with Leeds to be severed 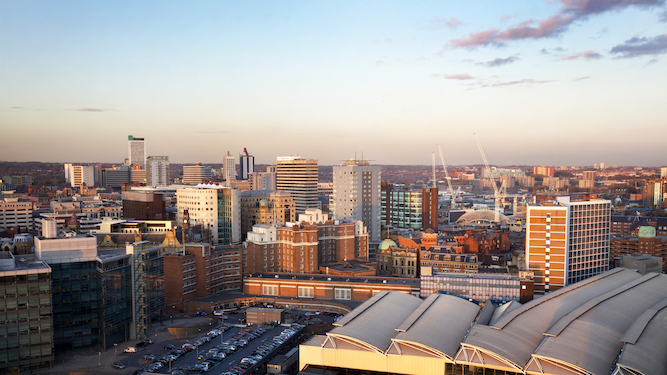 ALL rail, road and footpath links to Leeds are to be severed permanently from the end of 2021, the government has announced.

The HS2 rail line to Leeds has been cancelled, all other rail lines will be torn up, roads will be blocked and routes out will be patrolled by armed guards with orders to shoot on sight in a decision welcomed by the rest of Britain.

Levelling up minister Kemi Badenoch said: “HS2 made us realise that not only should nobody go to Leeds quicker, nobody should go to Leeds at all. It’s a Northern shithole and that role’s amply filled by Manchester, Liverpool and Newcastle.

“So from 00.01am on January 1st, 2022, Leeds will be forcibly cut off from Britain. Nobody will be allowed in or out. It will be wiped from maps and from history.

“Anyone who lives or works in Leeds is advised not to. No compensation will be offered. You made the wrong choices, and it’s on you to suffer the consequences.

“Together we can rid Britain of the scourge of Leeds. It would be grossly irresponsible of us not to at least try.”