PAYING to get on a budget flight slightly before others is the weakest possible attempt to show off, it has been confirmed.

Experts at the Institute for Studies compared showing-off techniques and ranked them in order of impressiveness, from having a fucking huge yacht with its own nuclear arsenal to jumping the queue of an EasyJet flight.

“So paying for speedy boarding marks you out as someone who thinks it’s a status symbol to be the first onto a shuttle bus.”

Speedy boarding passenger Tom Logan said: “When we’re summoned to the gate I can see all the standard boarding people watching me with admiration, wondering if I’m a spy, playboy or diplomat.

“The sense of power is intoxicating.” 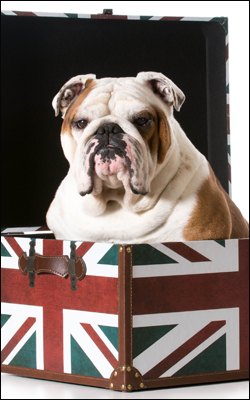 THE prime minister has called on the people of Britain to be less reserved.

David Cameron has set out his vision of a shouty country unencumbered by respect, self-deprecation and tolerance, arguing forcefully that British values have no place in modern Britain.

He said: Our traditional squeamishness about tub-thumping, balls-out nationalism is a major threat to our traditions.”

The prime minister added that keeping calm and carrying on was not an option: Do we want to live in a country that shoves its mythologized history down peoples throats with no sense of irony or understatement? I certainly do.

We have to stop apologising for being bumped into, or before we know it the insidious philosophy of the NHS and the BBC will have infected our society to its core.

Nikki Hollis, from Stevenage, said: My next-door-neighbour Brenda doesnt shout at foreigners in the street or set fire to halal bakeries, so I told her she was worse than Hitler and pushed her out of the bus queue. She just apologized and avoided eye contact.

She is the enemy within.

A government spokesman added: Dogs are stupid, eccentricity is for inbreds, and who really gives a tinkers toss about the weather.