A MAN has forfeited his basic human rights after returning a dented can of baked beans.

Arguably not worth it

While 56-year-old Roy Hobbs did receive a full refund for the faulty can of beans, he inadvertently surrendered his right to empathy and the rule of law.

As Hobbs pocketed 68p, an alarm went off and the shopkeeper began to prod him with a stick while fellow customers repeatedly slapped his ears.

He was then bundled into a van with a sack over his head and has been held against his will ever since.

Hobbs said: I just presumed that my statutory rights wouldnt be affected.

I have no idea where I got that ridiculous idea from. Of course bringing back a can of beans means Id be treated like an animal.

All I want is to go home to my family, but the guards keep telling me I should have thought of that before I brought the beans back.

My cell mate has been here for 20 years since he tried to enter a phone-in on a radio show. He just keeps yelling that the answer is Right Said Fred. 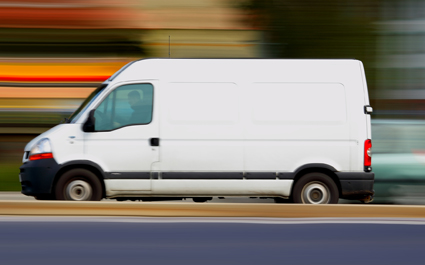 WHITE van drivers are the fulcrum upon which the world turns, it has been confirmed.

The men, who have always believed that creation exists only for their benefit, have been vindicated by the sight of Britain’s leaders bowing to them and begging for their blessing.

“I’m meeting Cameron tomorrow, Farage on Wednesday, and I’m up for giving that Labour bloke a good kicking round the back of the Harehill Tavern Friday night, which he’s grovelingly grateful for.”

Roy Hobbs of Basildon agreed: “It’s like when people drive cars. They act like they matter, but when I come up on them with the horn down they soon realise who actually counts and get out of my fucking way.

“They’re probably not even real.”

The hastily-drafted White Van Act, which will replace the monarchy, judiciary, and both chambers of Parliament with self-employed tradesmen is expected to pass by Christmas, after which everything will be sorted right out sharpish for cash.