Still easier to just do it your f**king self

RESEARCHERS have found that rather than go to all the trouble of explaining to some other dick how to do it you might as well do it your fucking self.

The annual research project, which has returned the same results since it was begun in 1968, discovered that whatever the size and complexity of the task it would be more easily completed by fucking muggins here.

Professor Henry Brubaker, of the Institute for Studies, said: “Whether making the tea or running the Large Hadron Collider, every job could theoretically be done by a third party.

“But are any of them? No. Does anybody else properly know how? Also no. So who ends up actually doing it? You do, every single fucking time.

“Yes, you could explain it, then explain it again, then answer questions about every little thing you forgot, or you could just tell whatever monkey you’re trying to train up to bugger off and just get it done.

“Why do you think I’m out here, not our press spokesman? It’s just easier.”

Norman Steele, from Donacaster, said: “No, you put the screws – no, not that end, the other end – no, don’t drag it on the floor.

I despise cooking and all who attempt it, reveals Mary Berry 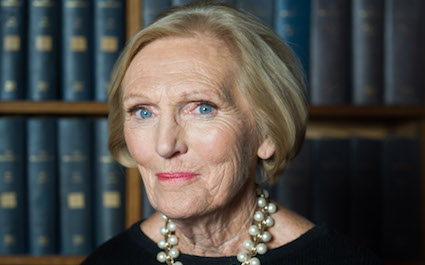 MARY Berry has launched her new show Britain’s Best Cooks by admitting she despises cooking and loathes anyone who even attempts it.

The 82-year-old, a judge on the new show, said she plans to spend most of her time convincing contestants of the utter worthlessness of their tasks in the hope they will give up.

She explained: “I only began cooking because you had to, after the war, when food was rationed and women couldn’t get jobs.

“But now, when you can get whatever you want to eat from the shops, there’s no need for anyone to learn to cook. Just don’t bother.  It’s shit. Just buy a ready meal.

“It’s too late for me. I’m old, and set in my ways. But I shall be using this opportunity to share my hatred of cooking and baking and kitchens and all that bollocks with Britain to try and win them around.”

She added: “Cooking is not worth the effort, and never has been. I have wasted my life. I urge you not to do the same.”