WEED lovers are trialling a system whereby one person in the group remains capable of communicating, they have announced.

Cannabis-using friends are taking it in turns to abstain so that one of them can interact normally with the non-stoned world.

Student Tom Logan said: “As the designated talker, instead of a joint I’ll just have a very mild sedative, like camomile tea.

“Then if everyone wants a pizza I can ring Domino’s without going into a blind panic when the person starts their spiel about ‘meal deals’, or having to have a mini-brainstorming session with the rest of the room to remember our address.

“Another task is explaining stoned conversations, such as when Emma was describing a film in really weird terms and I was able to work out that ‘the one with the robot dogs’ was of course The Empire Strikes Back.

“My most valuable contribution is dealing with paranoia, although it took me a while to convince Gavin there were no hidden meanings or insults in Emma’s question, ‘Do you like strong cheeses like stilton?’”

However potheads have already highlighted a flaw in the system whereby the mere presence of a straight person in the room makes everyone else deeply anxious. 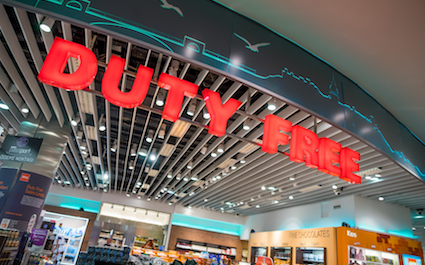 BREXIT is receiving record backing from the public after being rebranded as Bring Back Duty Free.

Headed by Nigel Farage, familiar to Southerners as the face of Nifty Nige’s Calais Booze Cruise in the 1990s, the campaign has won the support of 97 per cent of the population in a single day.

“When really, the question being asked is ‘Would you like to come home from holidays on the continent with lots of lovely cheap alcohol?’

“Not just alcohol, of course. Fags, perfume, Toblerones, even sunglasses.”

Supporter Donna Sheridan said: “If we make Scotland independent we can get duty free from there. We’ll do that next.”