Straight men to have casual sex with each other

HETEROSEXUAL men are to address the gender imbalance in appetite for casual sex by just doing it with each other.

Surveys showing women want less casual sex than men has prompted straight guys to look at the numbers, face facts and start dating each other.

A new rota system will see one in three dates become male-male, with men expected to quickly overcome initial doubts about their sexuality for the guarantee of a shag at the end of the night.

Heterosexual roofer Stephen Malley went on a date with chef Nathan Muir last night, and said: “I was nervous at first.

”But we bought our own drinks, had a really interesting conversation about the best way to kill a polar bear with a blunt instrument, and ended the evening with fantastic sex unsullied by even a hint of affection.

”Afterwards, instead of cuddling, we watched The Expendables 2 on Blu-ray, including the extras which had some interesting stuntman interviews.

“And the next day my phone sat in blissful silence without a single needy text or call. Not until three days later, in fact, when he texted ’Want to come round for a curry, FIFA and a shag?’ 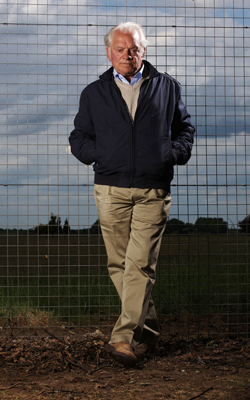 THE BBC is to ask the nation exactly which part of Del Boy falling through the bar they love best.

The iconic fall, recently voted Best Moment in British History, has been broken down into seven sections which will go to a live televised phone vote on Saturday evening.

Presenter Matt Baker said: Is it Triggers Turn that makes you guffaw, or can you keep a lid on your hilarity all the way to Drink Up?

This isnt just a question about a minute-and-a-half clip from a TV show thats 24 years old. Its about what kind of Briton you are.

Do you demand the instant gratification of Slow Topple, prefer to anticipate pleasure with Nice and Cool, or are you into the long-haul of Cramping My Style?

The show is expected to beat all previous totals for phone votes, with the winning 12 seconds to be looped continuously for 24 hours on BBC1.

The BBC has also confirmed a remake of the fall, with Leonardo DiCaprio as Del Boy, Daniel Day-Lewis as Trigger, and Gemma Arterton and Emma Stone in cameo roles as the women theyre trying to impress.

The 98-second film has been shot on a £60 million budget, using the latest in CGI technology to create a high-definition slow-motion 3D fall-through-the-bar experience that will be shown on IMAX screens around the country.