STUDENT houses run on medieval-style barter systems where skills such as washing up and joint making are exchanged, it has emerged.

Professor Henry Brubaker of the Institute for Studies said: “In a student house, nothing happens without some form of swap.

“Let’s say the sink is overflowing with washing up and cups that have fag butts in.

“After a lengthy sofa-based discussion, Student A will agree to wash up on the basis that Student B makes the tea and Student C skins up.

“However if the washing up is really nasty, Student A may request an additional task from Student B, such as putting out the pile of pizza boxes festering by the fridge, which may be performed at a later date.

“What’s amazing about student houses is that even the simplest jobs, like ordering some food from a takeaway website, are considered to have some exchange value.

“It’s a fascinating microcosm that allows us insight into what life was like before the introduction of a common currency.”

Student Tom Booker said: “Yesterday our toilet was blocked. I sorted it manually and now I’m getting cups of tea hand-delivered to my bedroom for the next year.

“There’s definitely a medieval aspect to our house, especially when the evil landlord comes around with his dogs demanding money and all we have to offer him is an out-of-date Müller Rice.”

US TV to merge into 'Good Bad Breaking Scandal Wife' 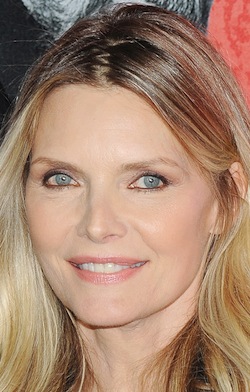 AMERICAN television drama is to merge into one uber-show which will be watched by everyone.

Good Bad Breaking Scandal Wife will star Michelle Pfeiffer as a meth-dealing hot shot lawyer who is cheating on her husband with the President’s daughter.

The multi-layered plot, involving 86 regular characters, will switch between the dusty South-West, the Louisiana backwoods and Washington DC.

The show will use state of the art cinematography including moving very quickly between two people having a conversation, speeding things up and then suddenly slowing things down and making it look as if the scene is being filmed from behind a sofa.

One of Hollywood’s top music consultants has been hired to pick the perfect piece of quirky acoustic rock to top and tail each episode.

The show will be written by the same eight people who write everything.

Executive producer Tom Logan said: “If you watch anything else, you will be shunned.”