THE Liberal Democrats’ 2015 election promises have been put into a metal tube and blasted into the heart of the solar system.

Deputy prime minister Nick Clegg is hoping that the sun’s intense heat will transmute the vague musings on plastic bags and school uniforms into something that the public can give a shit about.

Time-rich, ideas-poor Clegg became preoccupied with comic book culture after having a recurring dream where Vince Cable falls into a vat of chemicals and emerges with half a face and the ability to fire steel cables from his torso.

Other copies of Lib Dem election literature have been buried in a nuclear testing site, bombarded with gamma rays and bitten by a variety of radioactive creatures from ants up to wild boars to hopefully make them more dynamic.

Party campaigner Tom Logan said: If we just promised to punt every one of our shiny-faced toff colleagues in the nuts every day between now and 2015, I think that would be a vote-winner. 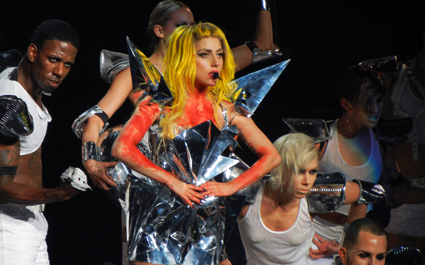 POP star Lady Gaga has made a surprise appearance in Glasgow playing to shunned outcasts from society at the Lib Dem conference.

The star, who appeared wearing a shocking dress made out of a comatose Charles Kennedy, has embraced the party faithful who are feared and hated by ordinary people.

She said: “They laugh at us. They spit on us. They tell us the way we want to live is wrong.

“But we were born this way!”