Students threaten to re-animate the Levellers

STUDENT activists have warned politicians that they are prepared to
unleash 90s crusty-rock favourites The Levellers in their battle against reality.

The National Campaign against Fees and Cuts claims to have re-animated the band after a nine-hour shamanic ritual at the secret pagan mound beneath which they had been sleeping for the past decade.

A spokesman said: “We’ve got all the original lineup – Jez, Dregsy, Muffett and Spore – to record a new album. It’s called Good Things are Good and Bad Things are Bad.

“It has didgeridoos and people shouting ‘Don’t let them control you!’.”

He added: “There will also be a Levellers tour of all the cool festivals, and some new long sleeve t-shirts with aboriginal-influenced designs showing policemen hitting babies with planks.

“This is not a bluff. They’re all at mine as we speak, chilling out with some ethically-sourced soup and composing songs about the oppressor on a lovely old banjo.”

Chief superintendent Denys Hattin, said: “We take anything to do with The Levellers extremely seriously.

“As a member of the establishment, I cannot overstate how much they frighten me.” 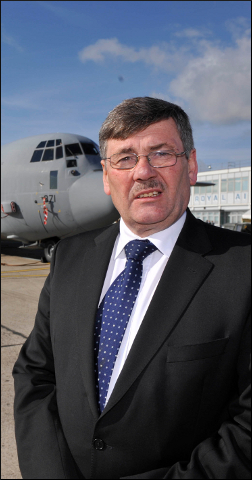 FORMER defence secretary Bob Ainsworth was today accused of backing the legalisation of drugs so that he can feed his insatiable desire for psychedelic freak-outs.

Ainsworth, who oversaw drugs policy under Tony Blair, said the war on drugs was unwinnable because, you know, it was his job to think about that kind of stuff.

Sighing heavily, he added: “Do I really have to explain this?

“Okay. I used to work in a big building in London where there were lots of people who knew about drugs and I would have meetings with them and actually listen to all the different things they were saying to me. And that’s pretty much it.”

But Ainsworth was immediately dismissed by his Tory successors at the Home Office who claimed he was a typical LSD fiend, hungry for his next freaky trip.

“In fact I would go so far as to say that his choice of tie demonstrates that he is clearly mashed off his big hippy tits. Probably on funky mushrooms.”

He added: “Keep well away from him as he will try and coax you into his camper van and offer to paint swirly patterns on your belly.”

Mr Brokenshire then described decriminalisation as a ‘simplistic solution that fails to recognise the complexity of the problem’ before drifting off the subject and staring at his feet until he suddenly pointed towards the window and screamed ‘OH MY GOD, WHAT THE FUCK IS THAT?’ and ran out of the room.