Sunday is my favourite day of the week, says freak who doesn't hate his job

A WEIRDO who does not dread going back to work has revealed that Sunday is his favourite day of the week.

Martin Bishop is somehow able to enjoy the anticipation of the working week ahead, while everyone else spends Sunday morning fighting off a hangover and the rest of the day in a pit of existential anxiety.

Bishop said: ‘There’s something magical about Sundays. I feel so peaceful. Or maybe I’m confusing that with feeling smug because I don’t hate Mondays, whereas my wife has a weekly meltdown about sales figures or something.

“Usually I like to get out of bed late and walk the dog, then cook up a tasty roast dinner and sit in a comfortable chair all afternoon until it’s time for Countryfile. What could be better?”

Wife Mary said: “What would be better is a day where normal people don’t feel overwhelmed with the crushing irrelevance of life and sit there questioning the point of it all.

“Although that could just be because I always watch The Antiques Roadshow.” 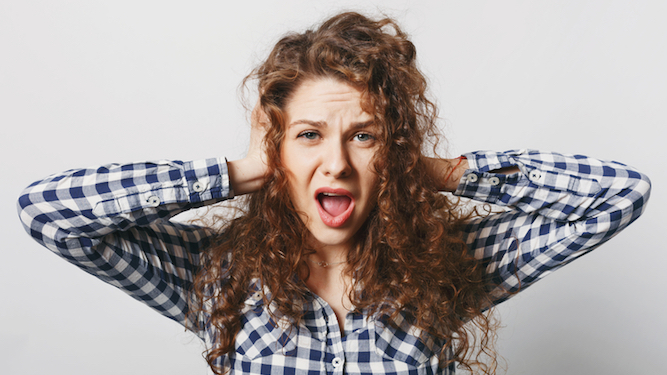 A WOMAN finds the noise of her husband chewing so annoying that she would quite like him to starve to death.

Emma Bradford initially described husband Stephen’s idiosyncratic eating style as ‘cute’, but has now confessed she would like to stuff a whole pasty down his gullet to shut him up permanently.

Bradford said: “During the honeymoon phase of our relationship I thought I would always find every part of Stephen adorable, even the bad bits like farting and blaming the dog.

“However if I have to listen to him slurp, suck and wetly chomp his way through a meal one more time I’m going to lose my mind.

“Sometimes I find myself wishing he would just stop eating altogether and wither away, so I can exist in blissful silence unsullied by his unpleasant, bovine chewing. Either that or divorce.”

Stephen Bradford said: “I know she thinks I’m disgusting but I’ve got to get my own back on her for pissing in the shower every morning.”