Supermoon an excuse to be annoying

BRITAIN’S dicks have used the ‘supermoon’ to excuse their awful personalities.

Engineer Wayne Hayes said: When my neighbour caught me shitting in his garden last night I just pointed at the sky and gave him a ‘what can you do?’ shrug.

The irony was that such a bright moon meant he could see exactly what kind of mess I was leaving his lawn in.

“It was three months ago that his car partially blocked my drive but it’s been well worth the wait.

There’s another one due in September of next year so let’s wait and see whether he bothers sending a Christmas card.

The phenomenon is known by astronomers as a Perigee moon, named after Perigus, the Greek god of being intolerable.

In ancient times it was marked by a Perigean festival, where villagers would come together to interrupt each other’s conversations, spill each other’s tankards of mead and talk loudly about how much their hovel had gone up in value.

Yesterday’s supermoon will be followed by the Perseid meteor shower on Tuesday, which many will use as an excuse for forgetting to feed their pets. 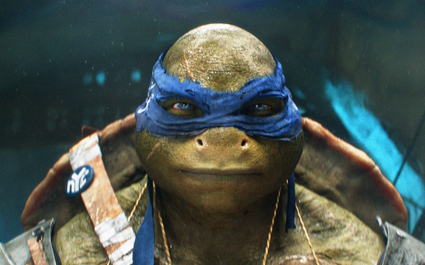 THE producers of the Teenage Mutant Ninja Turtles remake have wearily confirmed that they are doing a follow-up.

A spokesman for Paramount said: “That turtles film took a lot of money over the weekend so I’m afraid there’s going to be another one.

“Maybe if you all went to see decent movies instead we wouldn’t be in this situation.”

The studio said that its open contempt for the film would not stop the general public handing over money at the first whiff of amphibians doing martial arts.

“Probably the next one’s going to have Jim Carrey in it. And they all do a rap at the end.