FREAK-wrangler Simon Cowell has urged people across Britain not to worry about Susan Boyle, insisting everything was going according to plan.

Boyle was admitted to the Priory Clinic in London last night after swearing loudly while running down the corridor in a five-star hotel, in what Cowell said would make a really exciting bit in the film.

Showbiz insiders said the church volunteer with the voice of a reasonably good singer suffered an exquisitely-timed emotional breakdown after losing in the final of Britain Must be Stopped.

The surprise winners were inexplicable dance group National Embarrassment, who can now look forward to two days of fantastic press coverage, followed by one day of savage lies about their private lies, followed by absolutely nothing at all.

Viewer Emma Bradford said: "I voted for National Embarrassment because I felt it was incredibly important to teach Susan Boyle a really harsh lesson about fame.

"But now I feel guilty and I just hope she recovers very soon and gets back to doing what she does best so I can teach her another harsh lesson, the stuck-up bitch."

She added: "Poor, sweet, lovely Susan. I'm so fucking sick of her."

Experts insist that, if she does not go completely insane, Boyle could earn up to £5 million over the next three years for Simon Cowell.

But insiders warned the singer could become locked in a vicious cycle of emotional breakdowns amid showbiz fears she would be unable to cope with being famous enough to be admitted to the Priory.

Meanwhile, as Boyle checked into the clinic, Cowell pushed a miniature version of her across the board and positioned OK! magazine and a Living TV special on her left and right flanks before smiling, nodding and rubbing himself.

Tom Logan, one of the 12 people in Britain who did not watch the show, said: "I'm going to buy a large map of the world, pin it to the wall, shut my eyes and throw a dart at it – and that will be my new home." 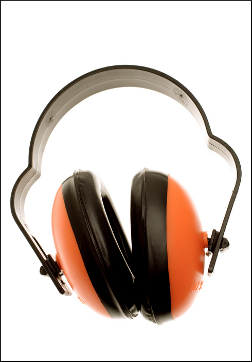 FARMERS who copulate with pigs risk permanent deafness from the animals' frenzied squealing, according to latest guidelines from the Health and Safety Executive.

Best Practise For Inter-Species Coitus In The Agricultural Workplace warns that farmers should not attempt to engage pigs in intercourse without 'appropriate hearing protection' such as ear guards, plugs or muffs.

Farmer Denys Hatton, who defiles more than 400 acres near Worcester, said: "Yet more nanny state nonsense. I doubt these pen-pushers have ever even seen a pig, let alone mounted one. They actually go very quiet.

"They stopped us burning stubble, and now they want to stop us humping the bejesus out of pigs.

"But it's never going to happen – not as long as these 30-stone beauties are the colour of sunkissed virgins and their little brown eyes are filled with yearning."

An HSE spokesperson has denied victimising the farming industry, adding: "The high-pitched squeals of a violated sow can penetrate the inner ear and permanently damage the tiny hairs that allow us to hear.

"One alternative to ear protection is a 'glory hole' style arrangement, where a small aperture is made at groin level on the side of the sty thereby allowing intercourse to occur without the farmer entering the enclosure.

"Or just get them up against a wall outside, where the squeals are less likely to resonate at high risk frequencies."

The guidelines also recommend checking that Tuberculosis jabs are up to date before going at it hammer and tongs with a badger.