A GROUP of American tourists claims everything they have seen in Swindon is magical like the world of Harry Potter.

The group, from Lubbock, Texas, believes that any building dating from before 1963 is “so Hogwarts” and could just imagine the boy wizard racing above the train station on his broomstick.

Mary Fisher said: “Boy, everything in Britain sure is quaint and enchanting. Is the Ministry of Magic based in that towerblock?

“We already saw an old-fashioned girls’ toilets just like in Chamber of Secrets – so authentic, really stank – and really the whole town’s just exactly how I’d imagined Azkaban Prison, but more sinister.

“And yesterday our guide took us around this incredible 1980s ‘Barratt Homes’ housing estate that was so like being on Privet Drive where Harry grew up I felt like I was actually in the books.

“I wanted a selfie with this old Dumbledore-looking guy but he told me to, I quote, ‘piss off’. Guess he’s Slytherin.”

Tour guide Tom Logan said: “I thought I might take them to Stonehenge. But apparently it’s not in Harry Potter.”

I am The Crap Thatcher, confirms May 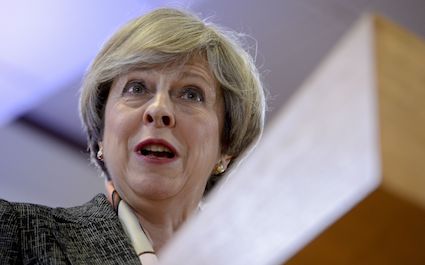 THERESA May has confirmed that she is just like Margaret Thatcher except not even any good at it.

May admitted that her similarities to Thatcher, which include being a woman and being prime minister, do not extend to ruthlessness, principles, determination or basic competence.

She continued: “Thatcher defined herself by not U-turning. I spin like an owl’s head under even the slightest pressure, as this National Insurance thing has shown.

“Thatcher went to Europe and won Britain a rebate of £5 billion a year. I come here and make stern demands and they laugh and carry on talking in foreign.

“Thatcher could push through a radical agenda because she won overwhelming majorities in three general elections. I only even became leader because everyone else quit.

“I am a pale imitation of the Iron Lady, an authoritarian despot who isn’t even any good at it, which ironically means I’ll end up doing much more damage.”

May added: “Thankfully the opposition is led by the crap Michael Foot, so I’m fine.”