SCOTLAND’S second independence vote must happen in the window between Theresa May’s destruction of Britain and her sacking, Nicola Sturgeon has said.

The first minister told media that the exact scheduling is incredibly difficult, but that autumn next year currently looks about right.

She continued: “Post-Article 50, we’re expecting about six months while May continues to bluff boldly about EU negotiations while slowly realising exactly how much shit she’s in.

“Then we build momentum for independence as the economy collapses, the Tories turn on each other, the prime minister loses her majority and Jeremy Corbyn continues to make jam.

“That’s when we need to strike, while England’s an absolute hellhole but before May’s forced to resign and replaced by whichever luckless bawbag has to desperately offer concessions to the EU while the right-wingers rip them apart.

“We cannot wait until after Brexit. By that time the English will be so angry at how badly they’ve fucked themselves they’ll start a war with anyone.” 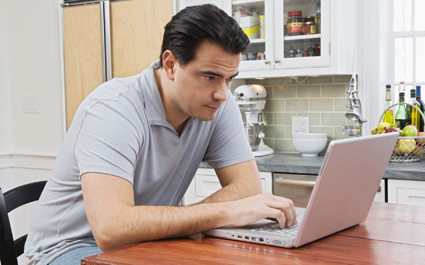 A MAN has let neighbours know he is not to be trifled with by giving his home internet a needlessly aggressive name.

32-year-old Wayne Hayes called his TalkTalk broadband ‘getyourownfrigginginternet’ in a stern warning to neighbours who might try to crack his password.

Hayes said: “I considered ‘hands-off-bitches’ and ‘fuckyouitsmine’ but I thought the word ‘fuck’ was a bit strong given that the lady next door is 77.

“But I think that 77-year-old now knows very clearly that I am a real badass. I’m like John Wayne guarding a Wild West village from bandits, if the bandits were trying to watch Netflix instead of shooting at him.”

Hayes’s neighbour, retired schoolteacher Margaret Gerving, said: “I use the internet to keep in touch with my grandchildren in Australia and to be honest I don’t like seeing such abusive language.

“Also why would I try to steal his internet? It’s TalkTalk and everyone knows they’re shit.”