A TAILGATER on the fast lane of the M1 has been shocked to discover another car a short distance ahead of the one that was blocking him.

Nathan Muir, driving a red Alfa Romeo Giulietta, marvelled at the incredible coincidence of multiple cars being driven at about 80mph in the same lane.

He said: “I was cursing the guy ahead of me for tootling along like he’s on a Sunday drive in the Morris Austin back in 1956, but when he finally spots me flashing and hitting the horn I thought this is it, I’m clear all the way to Rugby.

“But no sooner have I floored the accelerator than I almost smash into this second car. I don’t know how it got there, but there it is.

“I can’t wait to get this one shifted out of my way, then I’ll burn like fuck down the fast lane for the next 130 miles like it’s a deserted post-apocalyptic highway.

“There’s no way there could be another car ahead of this one. The universe isn’t that cruel.”

Murray dangerously close to not having won Wimbledon 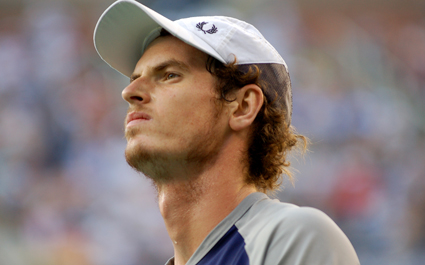 ANDY Murray is now just two early grand slam exits away from not winning Wimbledon in 2013.

As the Scottish tennis player let Britain down in the fourth round of the US Open, the country warned that its memory was getting a bit fuddled.

Martin Bishop, from Stevenage, said: “The Wimbledon victory, if it even happened, was supposed to herald the ‘Age of Murray’. That was the deal.

“But since then, not only have you reverted to being a typical British tennis player, you have become more like a typical Scottish footballer.”

Bishop added: “Win all the time or we will start to confuse you, quite deliberately, with Tim Henman.

“That is not a threat, it is a promise.”