Taking the absolute p*ss up 800 per cent

RESEARCH has confirmed that the number of people blatantly ripping the p*ss is eight times higher than in 2009.

A survey by the Institute for Studies has shown that over the last decade, cases where people must be surely having a f**king laugh are increasing at an exponential rate.

Professor Henry Brubaker said: “At first, we thought these results were themselves attempting to p*ss us about. But they are entirely serious.

“Let’s not forget, we’re beginning from a time when bankers, after almost destroying the world economy, decided the time was right to begin awarding themselves bonuses again. So the level of p*ss-taking was already high.

“But since then, perhaps inspired by national politics, it seems that everyone from other drivers to the weather to your boss at work is taking the absolute p*ss pretty much all the time.

“It is, and I don’t say lightly, a total f**king joke. And somebody is going to get a slap.”

The circumstances that would force Boris Johnson to resign 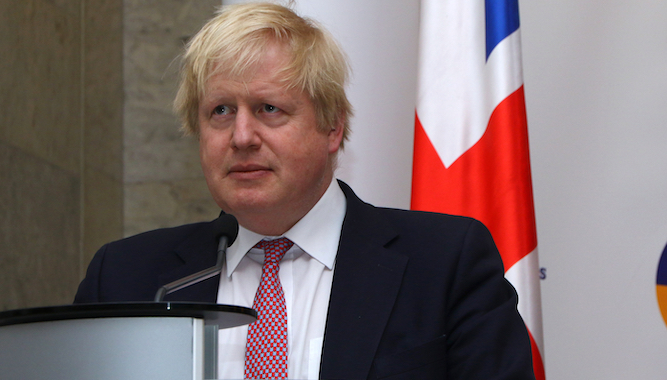 BORIS Johnson will not resign if found to have lied to the Queen or about the other thing when as Mayor he gave cash to one of his shags. But what would make him?

A tourist passing Downing Street snaps a picture of Boris Johnson walking towards a wheelie bin with a corpse over his shoulder. Police interviews establish the prime minister stabbed a special adviser 16 times in a dispute over which Oxford college was better at punting. Refuses to resign on basis he was asking for it.

Documentation emerges of the prime minister selling the Queen, and all related Royal assets, to the Trump Organization for $780m. Further scandal erupts when it is discovered the money is paid not to Britain but to Johnson personally, as ‘fund manager’. Refuses to resign on basis he was cashing in on a depreciating asset.

A nuclear strike on London is initially blamed on Islamic terrorists before CCTV footage reveals Johnson actually detonated the warhead himself while messing with it. Refuses to resign on basis that city is now primed for a real estate boom, and he’s got rid of loads of immigrants.

Sleeps with every wife in country

A court order is lifted and Johnson is revealed to have had an affair with every married woman in the UK, including, while disguised, his own wife. More than 4,000 babies are due in a Boris Boom. Refuses to resign on basis that he was engaging with grassroot voters.

Polling is going badly for Johnson so he declares Parliament illegal, makes himself head of the armed forces and unleashes an all-out civil war against anyone who has ever doubted him. Population of UK reduced by 75 per cent, survivors starving subhumans eating lichen off walls. Refuses to resign on basis it’s what Churchill would have done.