Tall people unveil plan to stand right at the front

PEOPLE of above-average height have declared their intention to stand in the very front row at all times.

Emphasising that they cannot enjoy a gig unless they are eye-level with the drummer, the lanky twats announced that being taller than everyone else meant they should be right up against the barrier.

Tom Booker, who is six feet two inches, said: “It is our intention to stride to the front of the crowd, sweeping past the shrimpy little shortarses in our way.

“When the gig begins, I and my fellow giants will be sure to shift position every few moments, to ensure none of the halfpints behind us can see anything, because that’s what they deserve for being short.

Fellow beanpole Wayne Hayes said: “I plan to casually jostle my way to the front with my tall friends.

“Once there, we’ll probably just ignore the gig and have a massively loud conversation instead, while spilling our beer on the heads of the little people.”

BBC stars should be paid between no more than £38,000, confirm licence payers 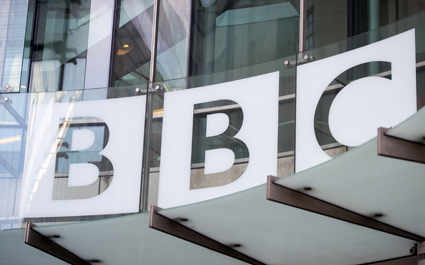 As the broadcaster reveals the pay of stars earning more than £150,000 a year, Britain has backed a maximum pay level of about a quarter of that for jobs that mostly involve reading out things that have been written by someone else.

Licence payer Tom Logan said: “That is plenty, especially for a job where you’re working one or two hour-long shifts, and some of those only once a week.

“Why does Graham Norton need that kind of money when all he’s doing is chatting with the likes of Emma Watson and Matthew McConaughey? My 14-year-old daughter would do it for free. And be less obsequious.

“Plus, he has all that crisp money anyway.”

Logan added: “Radio stars should be on 25K maximum. They just read stuff straight off a piece of paper. For all I know they’re just sitting at home in their pants and doing it all on Skype.”