TAROT readers are only doing it to make character judgments for which they would otherwise be punched, it has emerged.

Tarot readings, supposedly offering a glimpse of the future, are instead providing a long, unwavering look at all your shortcomings and faults half-concealed by symbolism.

Self-styled mystic Francesca Johnson said: “See, the Seven of Swords here shows where you’ve tried to be cunning and trick someone, perhaps by looking at your mobile while you were in the toilet during the pub quiz, but they’ve seen through it.

“Coins represent the material world and the Six of Coins here is suggesting you could benefit from being more generous, maybe by paying your fair share of the taxi for example.

“And finally the Devil, which is the way you’ve been acting to your friends since you got together with that knobhead Ryan.”

She said: “Oddly, when Fran read her own cards the Death one came up, which she explained doesn’t mean actual death but is more about the end of one phase and the beginning of another.

Housing crisis to be solved by starter forests 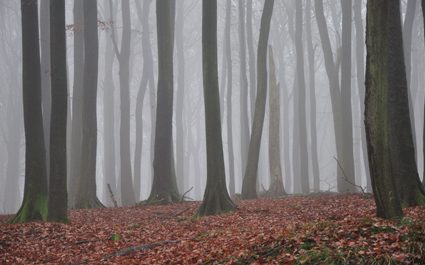 BRITAIN’S housing crisis will be solved by people living in forests like Ewoks, David Cameron has announced.

The prime minister has promised to make a wide range of woodland accommodation available, including primitive lean-to shelters, a branch to sleep on or simply a patch of damp earth under a bush.

Cameron said: “People need to stop obsessing about living in houses when Britain has hundreds of perfectly good forests complete with free meals in the form of nuts, berries and worms.

“All the evidence shows forests are better than houses. It’s no wonder Robin Hood and his men were merry when life was just one big ‘glamping’ holiday with healthy quarterstaff duels, venison barbecues and sexy cartoon foxes.

When asked if he intended to live in a forest instead of his ginormous mansion, Cameron pretended to be incredibly angry about the unrelated issue of Islamic extremists not returning library books.

Office worker Tom Logan said: “My girlfriend and I have just moved into one of the government’s new starter forests and it’s pretty nice, apart from the pneumonia and marauding bands of starving neighbours.”

Today everyone in Britain said they were preparing to embark on an insane bidding war so that sleeping rough in a clump of ferns will require a down-payment of at least £40,000.