Teenager too talented to go to university

A TEENAGER is so talented that going to university would be a waste of time for him, he has announced.

Despite having offers from respected universities, Nathan Muir currently prefers other projects such as becoming some sort of music promoter.

Muir said: “After getting an A and two Cs I’m worried I’ll find studying at university too limiting when I could be out there in the real world making my first million.

“I’ve got a lot going on already, what with the electro-grime tracks I make on my computer and my idea to set up a business in China. I’m not sure what it would be, but probably something cool like importing vodka.

“I just can’t see myself studying something easy like politics and economics in a backwater like Leeds when I could be in LA getting my first experience of putting film deals together.

“I’m also interested in becoming a journalist like Hunter S Thompson. I’ve got my own blog so I’m going to send the link to the Guardian and see what sort of assignments they offer me.

“There’s no point doing a degree when I can be really successful without one. My parents won’t like it but they are suburban and stupid.” 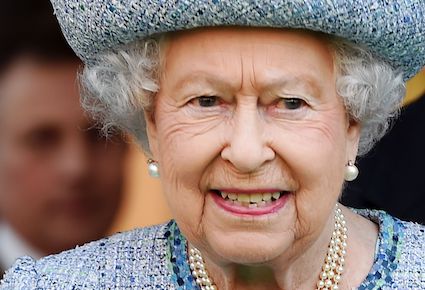 CHARLES will become king when I am cold in the ground and not a minute earlier, the Queen has confirmed.

Reports had suggested that Elizabeth was preparing to step down in favour of her son and the succubus Camilla Parker-Bowles.

But Her Majesty has made it abundantly clear that Charles will have to prise the crown jewels from her cold dead hands before he will be allowed anywhere near Buckingham Palace.

She said: “Let Charles have a go? Not on your fucking life. The only way I’m leaving here is in a box.

“It’s for the sake of the grandkids. The second that chinless wonder gets in and the public realises what a tit he is, everything will go a bit Oliver Cromwell.

“Let him fanny about with architecture while attempting to produce the world’s most expensive biscuits. That’s his level.

“I should tell him homeopaths are barred from the succession, just to see the look on his stupid face.”

She added that if he was serious about being king, he should have raised an army and invaded from Scotland, in keeping with tradition.