TESCO has announced it will stop giving false hope to shoppers with ‘best before’ dates on food that is honestly appalling whenever.

The supermarket has acknowledged that putting ‘best before’ on the tomatoes, courgettes and apples it sells implies their palatability is affected by time, when in fact they are entirely tasteless before, on and following the given date.

A spokesman said: “These apples? The only honest ‘best before’ date would say ‘best before the advent of factory farming and the growing of fruit based on appearance, not flavour’.

“Now our customers, instead of blaming themselves for their tardiness, can rest assured that the fruit they buy is never any good to eat and enjoy a nice bag of Monster Munch instead.”

All modern friendships based on liking same telly programme 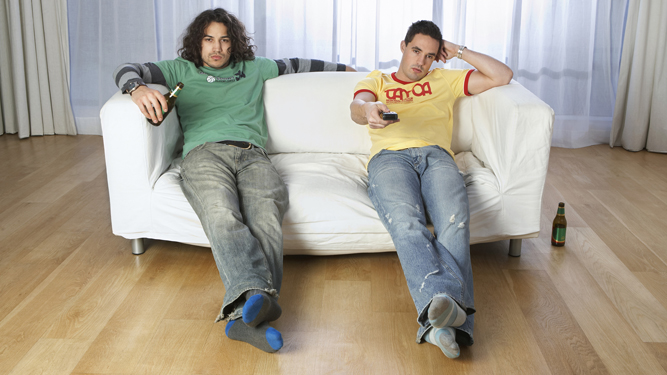 MODERN friendships are based on overlapping tastes in TV, experts have confirmed.

Researchers have found that binge-able shows like The Crown and Stranger Things now function as essential bonding tools rather than entertainment.

Professor Henry Brubaker of the Institute for Studies, said: “In previous generations, friendship was based on affection, a sense of affinity or physical proximity because you worked in the same mine.

“Nowadays, however, alliances are built around asking which TV shows  a potential friend is watching, and excitedly recounting the plots of key episodes together.”

His studies found that refusal to watch televisual modern classics like The Wire could limit a person’s friendship pool by up to 80 per cent, while staying abreast of hot-topic series’ such as The Handmaid’s Tale enabled people with terrible personalities to form connections.

Not having an opinion on the Great British Bake Off, meanwhile, was described by Brubaker as “nothing short of social suicide”.

Brubaker added that early indications from his latest research suggested that sharing pornography preferences was less effective in developing friendships.