PEOPLE who work in chip shops are to be taught the difference between ‘small’ and ‘shitloads of’.

As it emerged that around half our food is wasted, research showed that this is 98 percent chips.

Chip shop customers ordering a small portion of chips are typically given so many that if they ate them all they would die in the night.

Professor Henry Brubaker of the Institute for Studies said: “Chip shop owners operate a weird inversion of normal business practice in which the vendor gives the customer more of something than they could possibly ever want.

“Even if you say categorically ‘that’s enough chips’, or ‘please don’t give me any more chips, I don’t have three stomach like a cow’ they will continue heaping chips into a plastic tray.

Professor Brubaker has been working with chip shop staff, trying to get them to differentiate between a moderate and gargantuan amount of chips.

He said: “So far, none of them gets it. They seem to have a kind of ‘chip blindness’.”

Chip shop owner Roy Hobbs said: “Chips are good, therefore more chips are better. Anyone who tells you different is an idiot.” 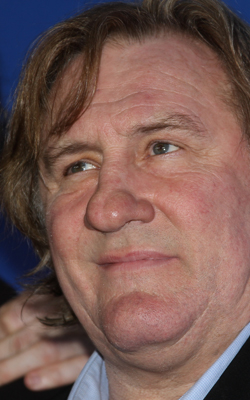 YOU will remember back in 1990 I had a terrible time trying to sneak into a new country.

Andie MacDowall was truly furious – you could tell because she spoke at elevated volume for extended periods, usually with a complete disregard for punctation. But these days, it has never been easier to get the green card.

If you don’t like your government, simply have a noisy tantrum and renounce your citizenship. When they changed bin day to Monday, I threatened to move to Tibet and it was soon put right. But now they want to get their greedy hands on my well earned taxes. It’s like the government are Instagram and my Belgian houses are elegant snapshots of somebody’s cooked breakfast. I spit on these corporate scum.

And slowly, all the best French are joining my walk out. My good friend, Brigitte Bardot has followed me in asking for a Russian passport because our government want to terminate two sick zoo elephants. Like me, she’s noted that no fashionista on the streets of Moscow is currently wearing elephant. Indeed, Russia is famous for its laissez faire attitude to large, tough-hided plains animals. It’s Brigitte’s intention to construct a massive ark, onto which she will beckon all animals and believers two by two, regardless of whether they have highly contagious diseases. I can see it already: Paradis enjoying croissant on the deck; Sarkozy at the helm swigging on his favourite Creme de Cassis – and theres Cantona, Henry and Deneuve doing ménage a trios in le WC just like old times. After safely reaching port, we’ll move into the Kremlin and dine on black caviar until we all get diarrhoea and have to lie down. Bon vivant!

Yes, I’ve had just about all I can take off this French dictatorship who must think I … how you say… zip up the backside. No more! From this day, I will only have zips on my onesies and teepee.

So, comrades, I leave you with this message: stand up and show your government you’ve got your trousers on. It will be the best thing you do today.

But remember: don’t green card to France. It is a stupid place – just like Les Miserables, with grown men shooting each other in the balls during disputes over bread and women walking through the poop with no shoes on.