Brown owl shook her bucket at me

As I get older, I find my tolerance levels are decreasing somewhat. For example, I caught myself shouting obscenities right into a girl guide’s face in Sainsbury’s the other day. In my defence, she put the shampoo in with the eggs and her brown owl shook her bucket at me. How can I avoid violent confrontation with benevolent children in future?

Have you ever considered trying to express your emotions through music and movement? All you need is a pair of plimsolls, Now That’s What I Call Music 5, and a willingness to leave your dignity behind you. Imagine you’re an enormous oak tree, blowing in the breeze to Kaleigh by Marillion. Stretch up high and reach the sky, then bend down low and wiggle your fingers in the imaginary grass. Watch out for Oliver French, because he’s on the mat next to you frantically channelling a decepticon. As you weave in and out, rustling your branches and letting your roots explore the ground, you’ll begin to abandon your rage, and by the time Slave to Love reaches its instrumental peak you’ll be photosynthesising with ecstasy. Just make sure you don’t get too relaxed and accidentally let off an eggy fart because thirty children in a gym hall rioting to China Crisis is not a pleasant sight.

Monopoly dog 'could be next prime minister' 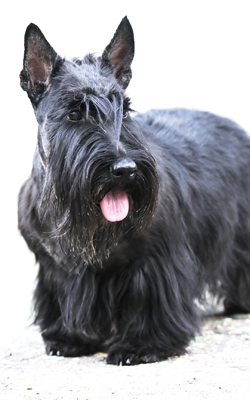 THE dog from Monopoly could easily win the next general election, it has emerged.

As the makers of the board game asked the public to ‘re-elect’ its favourite piece, the metal terrier rapidly gained more votes than all of the major parties combined in the 2010 election.

Political analyst Emma Bradford said: “If electoral rules were changed to allow a scale model of a dog to run for parliament, there would be no contest.

“According to research, 64% of the public would be in favour of a Monopoly piece prime minister.

“Politicians are often described as ‘pawns’ so the general public are comfortable with board game tokens being in positions of power.”

Metal animal psychologist Norman Cooke said: “I think we can assume he doesn’t like cats. So we’d probably see some anti-cat legislation, like the lower branches being cut off of trees.

“Terriers generally dislike badgers, so the Monopoly dog would re-instate a cull.

“And I expect he would change planning laws so that you can build a hotel wherever you happen to be standing.”