SKY viewers on unemployment benefits will only be allowed to watch documentaries, according to new guidelines.

As part of a radical government overhaul of televised entertainment, those out of work will be only be permitted vaguely informative satellite channels.

Iain Duncan Smith said: “We can’t stop people watching television, but we can limit their enjoyment.

“Movie channels will be blocked and replace by National Geographic Wild HD, Military History and Quest + 1.

“This will simultaneously make television less alluring while raising educational standards. There’s always work out there for someone who knows about the bite force of a bear’s jaw.”

He added: “I don’t actually know how Sky works but I assume this all makes sense.”

Job Seekers Allowance claimants will be offered bespoke channels like the Yesterday Billionaires channel, in the hope that shows about old banking families will inspire them to start their own dynasties.

Unemployed Stephen Malley said: “With drinking and smoking taxed to the hilt, satellite television remains the only pleasure still vaguely affordable to the proletariat.

“However this has made watching Babestation a political act.”

56-year-old antiques dealer Norman Steele said: “If I had my way, theyd only ever be allowed to watch coronations, in black and white, on a three-inch screen. 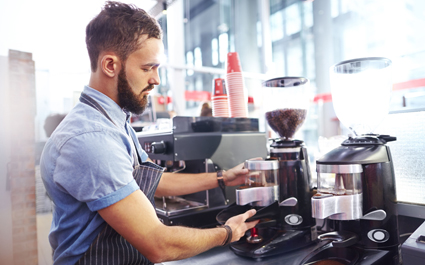 DICKHEAD-STYLE ‘indie’ coffee shops may actually be run by bastards, it has been claimed.

As it emerged that corporations own more or less everything, ethically-minded idlers have been frantically googling their local cafes.

Graphic designer Tom Logan said: “As a dickhead myself, it’s very important to me that I buy my coffee from other similar dickheads. But not corporate people, who are bastards.

“My favourite cafe is called ‘Le Pouton’s Coffeeorium’. It’s got a penny farthing in it, iPod playlists on the backs of the menus and the slogan ‘a passion for beans’ is written on the walls.

“These things suggest it’s run by dickheads. But now I’m detecting a hint of bastard.

“For example, the staff have a vaguely metallic sheen. It could be sweat, but they might equally be robots.”

Barista Emma Bradford said: “Whether your local cafe is owned by bastards or dickheads, rest assured that the people serving you hate your guts.

“It’s just quite hard to like someone who spends more than your hourly wage on a hot caffeinated drink and a massive biscuit.