WHEN you look around the British Isles some things are just so bloody weird they could only have happened here. Take these, for example:

Any number of dubious culinary treats could be mentioned – Marmite, chip butties, jelly and ice cream, or tripe with vinegar. But for sheer British oddness it has to be an egg, covered in sausage and breadcrumbs then deep fried. First made in 1738, which sounds about right, because people died much earlier then, probably due to the toll Scotch eggs took on their bodies.

Professional weirdo who should only exist in cartoon form. Calling his sixth child Sixtus, using the word ‘floccinaucinihilipilification’ in conversation and saying he was ‘too clever to have died in Grenfell’ are some of his many likeable traits. The weirdest thing is that the whole Victorian schtick is horribly fake. At least it’s panto season.

While we’re on the topic of colossal penises – what’s more random than a 55m chalk man threatening you with a large club and a prominent erection? The giant dominates a Dorset hillside where people take photos as if it’s the Taj Mahal. In a confusingly British way it dates from the 10th century or maybe the 17th. What we do know is it sets unrealistic body standards for men.

A theme park where ‘children and adults alike can ride, drive and operate REAL diggers, dumpers and other full-size construction machinery.’ You can keep your Disneyland and stuff your Universal Studios, Britain’s contribution to the crowded theme park market is a place with signs reading: ‘You must be this tall to ride the Komatsu PC26 mini digger’.

We’ve come a long way since Lord Reith said television should educate, inform and entertain. Arguably this British format does all three. It just happens to do so while looking like a trial for a sex crime on a spaceship.

Wheel of cheese. Check. Massive f**k-off hill. Check. Scores of nutters. Check. The tradition of cheese rolling is brutal and often comes up against another undeniably British area of excellence: health and safety. But there are still dozens of people risking severe injury to win a prize money definitely could buy – some cheese.

Taping albums off a mate, and other reasons you thought you'd be arrested as a kid 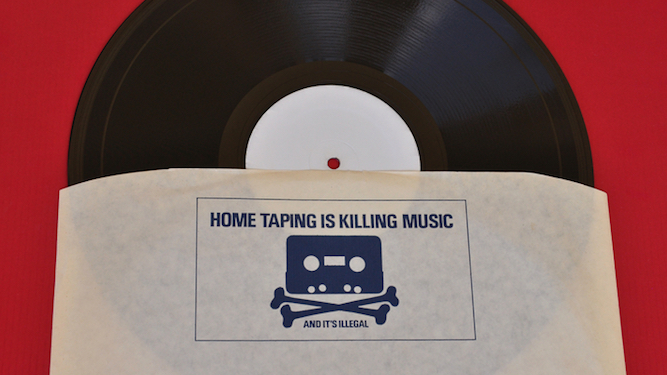 AS a child, did you think you might be arrested for the most trivial of things? Here’s why a distant siren put the fear of God into you.

Once, while you were in the newsagent’s buying a copy of Look-in, you stuck a penny chew down your sock when the shopkeeper wasn’t looking. On the way home you saw a police car, and were so scared they’d come for you that you wet yourself a bit.

Riding on the pavement

Practising rudimentary bunny hops and fakies on your Raleigh Burner carried the threat of being stopped by the police. Fleeing the scene was pointless as they could call a helicopter, so your only legal avenue would have been to claim you couldn’t ride on the road because you hadn’t passed your cycling proficiency test.

Records used to carry the Home Taping is Killing Music logo, so getting your mate to tape you a copy of Thriller carried with it a whiff of danger. In reality, the police had much bigger fish to fry and were strangely more concerned about burglars, murderers, armed robbers and the IRA.

When you discovered your parents’ stash of weird alcoholic drinks people gave them as souvenirs from foreign holidays, you grabbed a bottle with the aim of drinking it in the park with your friends. It’s probably for the best you chickened out, scared a local busybody would phone the police, just to avoid advocaat-coloured vomit all down your sweater.

You watched a cheery movie double-bill of Threads and When The Wind Blows with your politically aware older brother, prompting your dad to jokingly label you ‘CND communists’. The thought that you may have committed treason, along with nightmares about the nuclear apocalypse, resulted in your worst night’s sleep ever.