FOOD bills are rising thanks to the Tories’ poor management of the economy. So naturally the Daily Mail feels it’s your responsibility to eat more cheaply. Here are their helpful tips.

Worried everything costs more and you’re barely getting by? You can save a fortune by cutting out meat. A balanced meal of a carrot dipped in ketchup costs as little as 1p – and with the savings you can treat yourself to a luxurious half-hour of having the heating on.

Remember how the government set the economy back years with austerity? Well don’t. Occupy your mind by baking a stupid amount of stuff, say 50 flavourless cheese scones. You’ll soon be just like a professional baker, ie. sweaty and f**ked off from endlessly kneading dough, with asbestos-like hands from all the burns.

Haven’t had a pay rise for seven years at least? Cheaper cuts of meat can be just as tasty and interestingly gristly. Your kids won’t ever want to go to McDonald’s again once they’ve tried your liver in a bun with boiled turnip ‘fries’. And they’ll love your homemade Kidney McNuggets.

A great way to budget and you’ll always have meals in the freezer – which you’ll need when things really go tits-up with Brexit. Cook great vats of spag bol using the cheapest, most watery tinned tomatoes and live off it day after day until your kids are begging you for boiled broccoli just for some sort of variety.

Head to the supermarket at a strange hour every day and demean yourself waiting for crap bargains to be put on the shelf, eg. a dried-out Battenberg cake for 11p. It’s a massive waste of your time but you’ve got plenty now you’re unemployed.

Inflation may be at a 30-year high but beetles, frogs and dead birds are the same ‘price’ whatever the state of the economy. Seagulls that eat rubbish from bins are only mildly toxic, and everyone will be impressed by your ‘supersize spicy wings’. 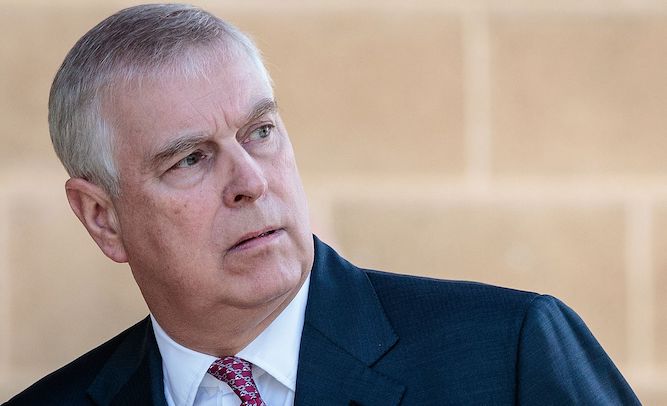 NOW that Prince Andrew has settled in the Virginia Guiffre case, royalist sycophants have gone into strange contortions defending the Duke. So what feeble excuses have they come up with?

Andrew has given extremely generously to women’s charities

With a £12 million donation to Guiffre’s charitable causes, Andrew has shown himself to be a huge supporter of women. How much have you given to women’s charities? £5? £20? You could learn a lot about feminism from Andrew, you sexist tightwad peasant.

That photo is a hoax

We know what can be done with Photoshop. Who’s to say that 17-year-old woman wasn’t Dame Vera Lynn standing next to Andrew at an armed forces fundraiser? It would have been easy for Guiffre to superimpose her face on the then 87-year-old ‘forces sweetheart’, who, unusually, is wearing a cropped top.

Someone – possibly Guiffre’s lawyers – doctored a photo of despicable royal traitor Prince Harry. The original probably shows him dressed as a Nazi, with a laughing Guiffre dressed as Eva Braun.

Andrew can head up women’s charities

It would be the perfect redemption. This is an incredibly sensible idea and wouldn’t be mocked or put people off donating. With her persuasive people skills, Ghislaine Maxwell would make an excellent right-hand woman.

We’ll never know who was telling the truth

As the likes of Penny Junor have reported, the settlement means that the mystery will remain unsolved forever. That’s why we don’t believe in the concepts of ‘evidence’ or ‘reasonable conclusions’. It’s a bit like whether the Earth is round or flat. You’ll never know until you go into space.

Would you prefer Andrew was useless Prince Edward? Are you insane? Do you want another It’s A Royal Knockout? Actually quite a convincing argument, the more you think about it.