The Mash guide to barbecues

THE sun is shining, which means that you can only look in enviously at the comforts of your home while you chew meat in the garden.

But how to hold a barbecue that is the envy of all your friends?

– Once you have lit a barbecue, stand at least ten feet away until it is finished. Never return to a lit barbecue.

– Begin marinating your meat at least 12 months in advance of your barbecue. If you have not marinated your meat for at least this long, cancel the barbecue until next year.

– Disposable barbecues should be thrown away after cooking a single sausage and a new one lit. For burgers, dispose of after cooking one side only.

– To give your meat extra flavour throw on a handful of hickory-smoked wood chips, pieces of bourbon-soaked barrel, first edition books or fragments of the true cross.

– Gas-fired barbecues eliminate all that messy charcoal and smoke in favour of an experience much more like the one in your kitchen approximately 15ft away.

– Cook fish on a separate barbecue, ideally somewhere poncey like Hampstead. Cook veggieburgers on a third barbecue no closer than 7.8 miles away.

– Impress guests with your collection of celebrity-endorsed hot sauces. Rare ones like AC/DC’s Hotsauce to Hell, Slipknot’s Chilli of Burning Time, Napalm Death’s From Enslavement to Obliteration of Tastebuds and Colonel Qaddafi’s Smokin’ Date are particularly sought-after.

– There is no ‘Q’ in barbecue, so if you want anything just push to the front.

– Do not attempt to extinguish your barbecue yourself; always call the Fire Brigade. 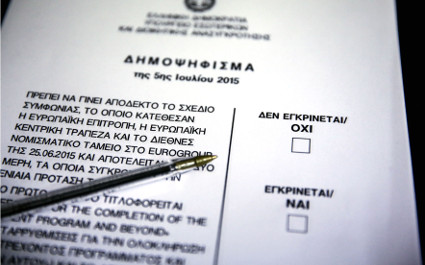 THE Greek people are ready to give their final yes or no vote on an unknown issue that will decide their entire future.

Sunday’s referendum, which asks “Would you like to not accept turning down saying yes to declining your assent to the agreement of the unified two-part proposal from the European Commission, ECB and IMF?” offers the Greek people a clear choice on something that will be decided later.

Mikis Vamvakaris of Thessalonika said: “The Syriza government has done exactly the right thing by delegating this important decision to its heroically confused citizens in an illegal referendum.

“Quite simply, do we want to accept withdrawn bailout terms that will not be offered again, or do we want to do something else but nobody knows what yet?

“It’s as unambiguous as those little marketing opt-out boxes that you have to tick. Or not tick.”

A survey of Greek voters found that they believe the referendum to be about leaving the Euro, leaving the EU, overturning the result of World War Two, shuffling the islands about a bit, abandoning democracy forever or enabling acts of auto-cannibalism among finance ministers.

Elena Alexiou of Chania said: “I will be voting Oxi. No.