The Millennium bug, and other bollocks we thought would end the world

THE world ending means not having to pay off your mortgage, so people are dead keen on it. But these civilisation-culminating events did f**k-all:

500 years ago, some Mayan lad got bored writing his calendar and stopped it on 21 December 21st, 2012. And because we all follow Mayan dating systems avidly we agreed that the world would probably pack it in then. Until the day came and went without a single apocalypse and we realised the Mayans didn’t know shit.

On December 31st 1999, Britain congratulated itself on staying in getting pissed rather than paying £100 for a nightclub and £200 for a taxi while convinced that all computers would believe it was 1900 at midnight. Planes and Nintento 64s alike would think ‘shit, I haven’t been invented yet and burst spontaneously into flames. Until they didn’t.

Why believe scientists making accurate predictions about the end of the world when you could believe US radio evangelists? Harold Camping told the world to expect Jesus in 2011: once in May, once in October. What we actually got was Alvin and the Chipmunks: Chipwrecked.

Your dad discovered particle physics when he accidentally watched a Brian Cox documentary after losing the remote in 2007. Due to this and a Dan Brown book, he became convinced scientists in Switzerland would create a black hole when they switched on the Large Hadron Collider. He may still believe this happened.

Niche, hipster end-of-world prediction from your uncle who’s made friends with lunatic strangers on Facebook. An alien planet is going to appear from nowhere and crash into the earth. His sources? A woman on an online forum in the mid-90s who telepathically communicated with aliens. Legit. 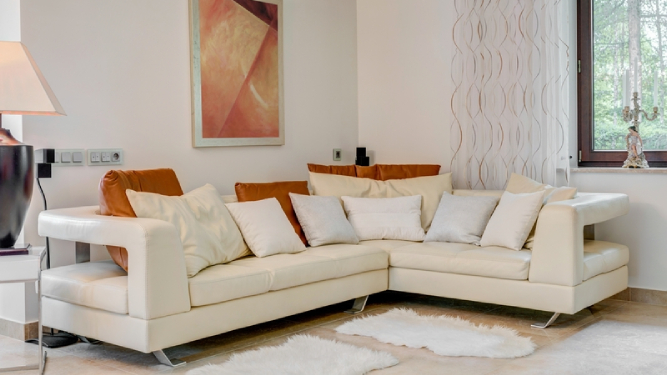 DOING alright? Bought an enormous television? Keep feeling like everyone is judging you for it? They are. And for these things:

It has the capacity of a Tardis and looms over your kitchen as if you were on The O.C. You can’t fill that. Even if you were a family of four existing entirely on ready meals you couldn’t fill that f**ker. You only got it to show off. Nobody needs an automatic ice-maker in a country where it’s hot six days a year.

It makes sense: all you do is sit on your arse watching telly so you may as well invest. It doesn’t take up any room, just hangs above the fireplace, you’ve even covered up the wire. It’s just a shame it makes you look like a Premier League footballer who went straight from council estate to superstardom without ever having heard of culture.

Why is this weird? You’ve got gates on the drive, it’s a pain in the arse getting out and opening them, it’s no more extravagant than a TV remote. Or so you’ll bluster, as your passenger watches them glide open and wonders just who in the f**k you think you are.

A trampoline’s not good enough for your fancy kids, oh no. They require a facility equal to the play area of an entire neighbourhood. It towers over your garden like a Territorial Army training facility, the wood’s green with disuse, and it makes the neighbours mutter that them kids are spoilt.

All you’ve done is built wardrobes in the box bedroom, with admittedly recessed lighting, so why are guests giving each other side-eye when you open the door? And giggling? And saying, ‘Right, I’ve not seen the later series, I didn’t realise you were now one of the Kardashians?’ Maybe because you wear the same stained hoodie every day.

Leather, seats eight, dominates the room like it’s the observation lounge on a f**king starship. Makes guests feel like they’re waiting for the others to arrive before we start. Your eyes were bigger than your pokey new-build belly when you bought it, weren’t they? Everyone sneers and says ‘did you see the size of that bastard?’ when they promptly leave to drive home.